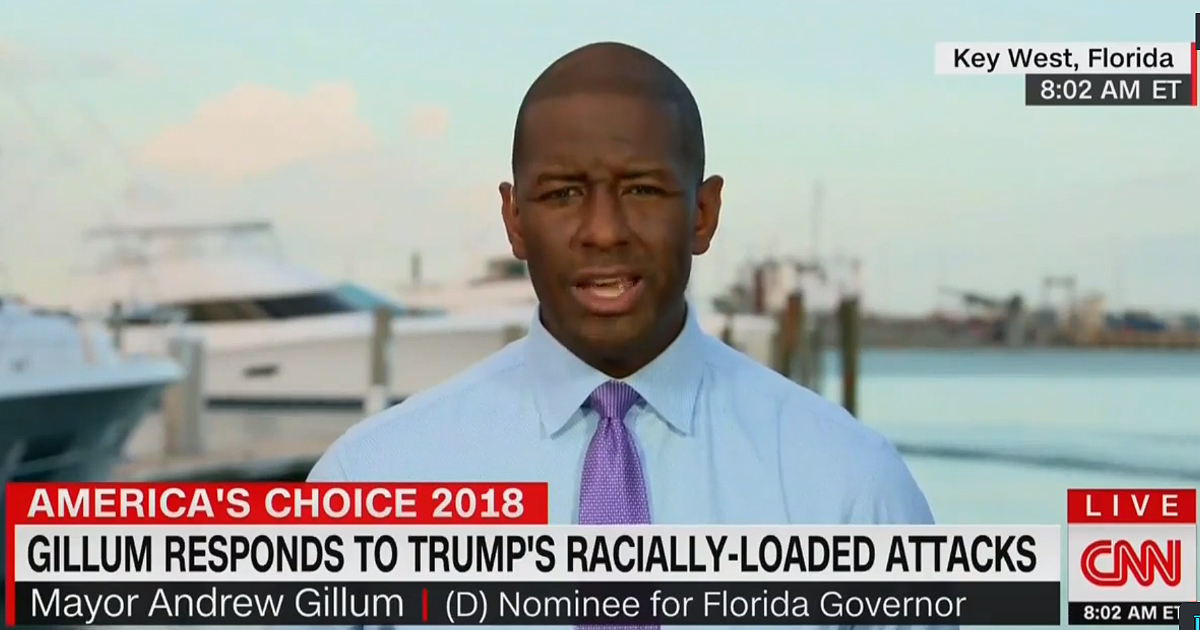 Thrilled to be joining @CNN as a political commentator. ? ???? pic.twitter.com/UpOC7MRKAz

The 39-year-old rising Democratic star says he is “thrilled” to join CNN, a network on which he made many appearances in 2018 as a guest. He even lauded the network on its air during his bid to be governor.

“This is CNN, not Fox. You have to bring facts to the conversation,” he told his Republican Florida gubernatorial opponent Ron DeSantis on air, during a televised CNN debate back in October. That soundbite became featured in a CNN promo ad captioned, “CNN — Facts First.”

Gillum’s announcement comes in the midst of an ethics lawsuit, in which he is being accused of accepting gifts as a politician. Gillum’s lawyer says he will not consider a settlement and will instead “welcome the public hearing.”

The announcement also comes on the heels of a CNN report that Gillum had met with former President Barack Obama in Washington last month, stoking existing rumors that he is considering running for president in 2020. Asked whether those rumors were true, he said, “I plan on being married to my wife. That is all I am planning.”