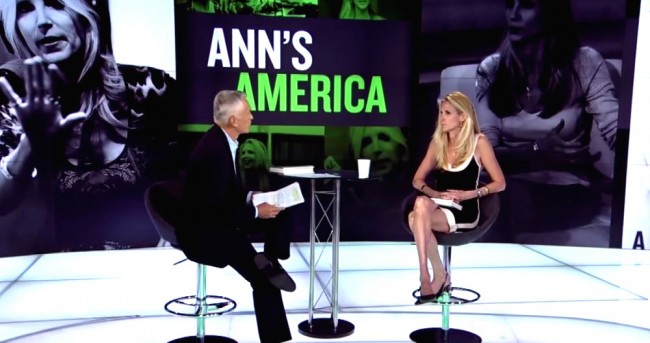 In my experience, there are several important things that the general public doesn’t understand about the way our national dialogue in the modern media era works (or, more often, doesn’t work). Some of them are on full display in this week’s rollout of conservative flamethrower Ann Coulter’s new book on how illegal immigration is destroying America.

First, one of the strangest phenomena I have witnessed in having engaged with a lot of media personalities is that there seems to be directly inverse relationship between what a commentator appears to be like on television and how they are in real life. Those who appear to be the meanest on air are often the nicest in reality, and vice versa.

Coulter seems to be a prime example. I don’t pretend to know her well, but I have spent some quality time with her. We hung out socially a few times together with her very good friend the late Andrew Breitbart, appeared on TV together, and I interviewed her in studio for an hour on the radio (an exchange that apparently seemed so friendly that my girlfriend, now wife, almost broke up with me because of it).

In my view Coulter is a very nice and smart — if not also slightly odd — person. Of course the perception of her in the media, especially on the left, is that she is the spawn of the Satan. Having her debut her new book by decrying the “browning” of America, comparing Mexicans to ISIS, and refusing the awkward offer of a hug from an immigrant on television, is obviously not going to change that (though, to be clear, I basically agree with her on the broader issue of illegal immigration).

A second thing Coulter’s week illustrates regarding what most people don’t understand about our public dialogue is that it is all only a game and, at its core, just a business. This is where Coulter is both at her best and worst; and why I have both respect and disdain for what she does.

Some in the public seem to still naively think that the goal of political commentators is to change minds and promote electoral victories for their side. However, nothing could be further from the truth and Ann Coulter is exhibit A of this reality.

The real goals of a political talking head, especially one not directly connected to a political party or candidate, are personal attention and the ability to arouse their base of support. This is how interviews are booked, prominent links are distributed, books are sold, and money is made.

If everyone understood that was what people like Coulter do, I wouldn’t have a big problem with it. It would simply be pure entertainment, much like pro wrestling. However, most people don’t seem to get this and the news media will, whenever it suits their agenda, pretend that it’s all reflective of reality.

Here is how Coulter plays this game as well as anyone, but in a way which is not at all helpful to the causes for which she claims to advocate:

While not quite as influential as it was, Coulter has once again used the Matt Drudge/Rush Limbaugh/Sean Hannity/Fox News right-wing media “cabal” to tremendous effect. Drudge posts the cover of her new book and hypes a controversial interview she has scheduled on tiny network Fusion with Mexican news anchor Jorge Ramos. Breitbart.com, getting the proverbial “bat signal” from Coulter’s friend Drudge (Carly Fiorina may be the only woman Drudge likes more these days) and knowing the close relationship she had with their founder, makes a huge deal out of Coulter predictably saying incendiary things during the Ramos interview. They then get rewarded with a Drudge link and much of the conservative media follows up with coverage as if this any of this is actually hard “news.”

But here’s the key: Then the left-wing media jumps in to take advantage of the same stories by using them to further the tiresome and inaccurate narrative that conservatives are racist. Even though Coulter’s on-air opinions represent no one but her own, because it is convenient for liberals to do so, she suddenly is a figure of real significance. In reality, she is just someone trying to sell books and maintain the perception of relevance so that she can further her career. It is important to remember that being criticized by the liberal media actually helps Coulter greatly among her conservative fan base.

Inevitably, someone on the right looking for some media attention or temporary liberal love for showing that they are so not racist, will condemn Coulter (Michele Malkin, who fights for much the same branding space as Coulter, has done it before because she has the most to gain and the least to lose in doing so). But as long as Coulter maintains her base of customers who see her as the only one of the right with the balls to tell it like it really is, and as long as right-wing media sticks with her, she will be able to maintain the ruse.

The fact that none of this remotely helpful to the conservative cause (I say this speaking as a Californian who agrees with her on principle on immigration) is totally irrelevant. Everyone else in the equation “won”: Ramos got national publicity for his show, Breitbart.com got big traffic from Drudge, Drudge got good copy and helped a friend, the left got “proof” for their racism fantasies, and Coulter got huge publicity for her book launch.

Is this a great country, or what?!

It should be no surprise when our national dialogue becomes nothing more than something even P.T. Barnum would have seen as too much of a show, that nothing productive can ever get done. The harm that illegal immigration is doing to this country is far too important a problem to be trivialized as nothing more than a contrivance for career maintenance.

— —
>> John Ziegler is a documentary filmmaker and a nationally-syndicated radio talk show host. You can follow him on Twitter at @ZigManFreud