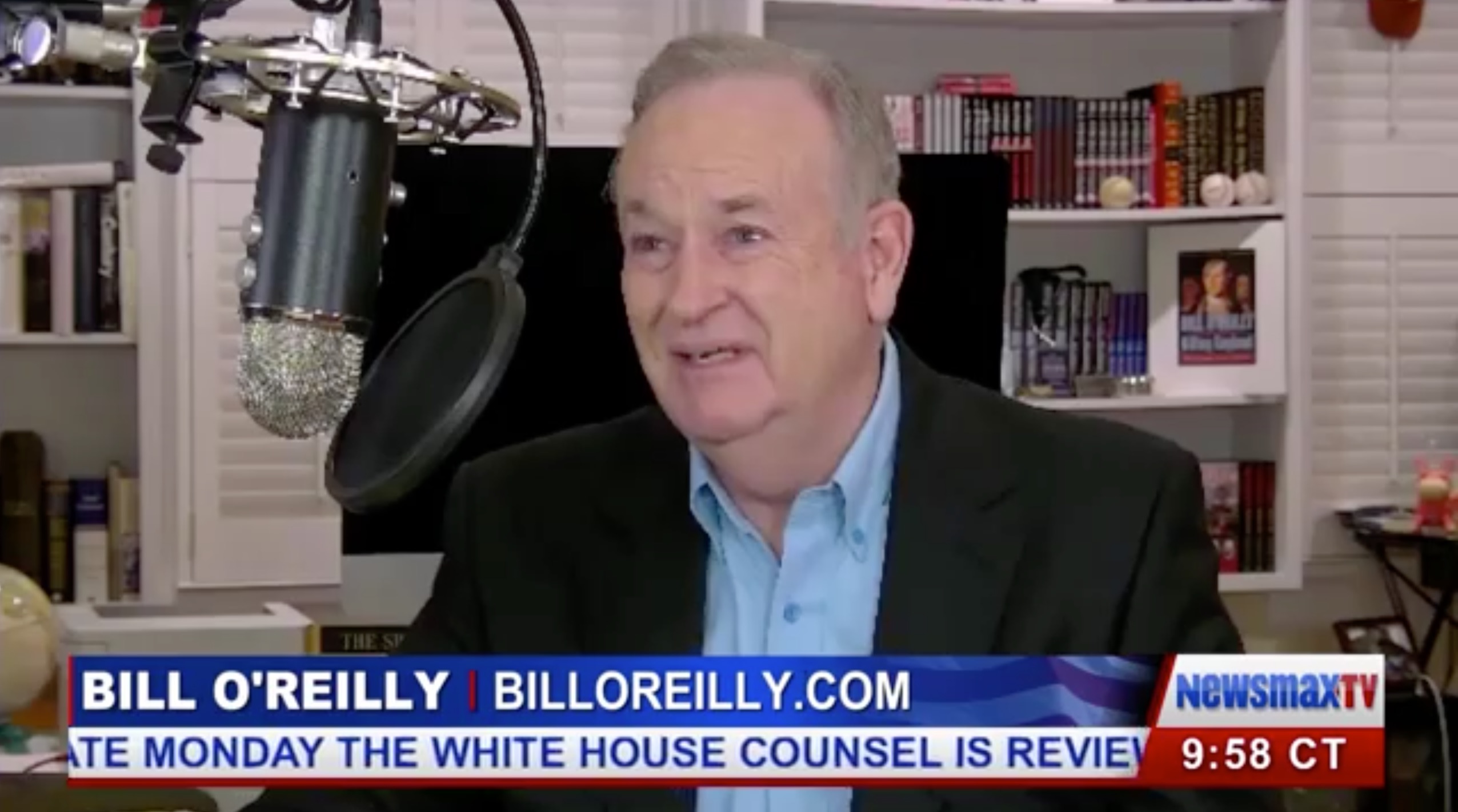 Former Fox News elder statesman Bill O’Reilly made his return to cable news on Tuesday night, to serve as an analyst for Newsmax TV’s coverage of President Donald Trump’s first State of the Union.

And O’Reilly — who was long the undisputed king of primetime cable news ratings until he was jettisoned from Fox News — absolutely tanked in the ratings.

Newsmax TV was founded by longtime Trump-pal Chris Ruddy in 2014, and is seen by many as an up-and-coming challenger to Fox News.

But even with the former king of cable providing special analysis, the network’s SOTU coverage averaged a paltry 11,000 households, reaching a high of 17,000 households, according to Nielsen rating estimates seen by Mediaite. That, to put it bluntly, is basically a zero in cable news.

Meanwhile, ratings for the big three cable news networks are expected to be in the millions.

O’Reilly has made a few appearances on Newsmax TV in recent months, and even made a guest appearance on Sean Hannity’s Fox News show in September.

The former O’Reilly Factor host left Fox — where he hosted the #1 cable news program for more than 16 years — after a New York Times report on five sexual harassment settlements he made led to an exodus of advertisers from his show in early 2017. It was later revealed, also by the Times, that O’Reilly had paid $32 million to settle a sexual harassment suit last January.

Following his very public ousting from Fox News, Newsmax CEO Ruddy expressed interest in bringing O’Reilly to his own network.

O’Reilly currently hosts No Spin News, a podcast available to members on his personal website, though the 68-year-old hasn’t closed the door on the possibility of returning to a full-time gig on cable:

“I may come back to television, it just depends,” O’Reilly told Newsmax TV last year. “We’re living in a pretty vicious age now. Whoever I work for is going to have to have a lot of courage to stop the far left from attacking sponsors and spreading lies about people.”