Is There a Coup in Venezuela? Cable News is Divided

Chyron D’Etat: Cable News Split Over Whether Venezuela is Experiencing a ‘Coup’

Sen. Marco Rubio (R-FL) took a page out of President Donald Trump’s book and lashed out at CNN Tuesday morning, calling the network “shameful” for describing the uprising in Venezuela as an “armed coup” on air.

Venezuelan National Assembly President Juan Guaidó took to the streets on Tuesday, calling on the military to rise up and oust President Nicolás Maduro. The call comes a few months after Guaidó, in January, declared himself interim president and was recognized by a slew of countries, including the United States. Nonetheless, Maduro maintained his grip on power.

Guaidó’s call to take to the streets has been applauded by the Trump administration — but cast by the Venezuelan government as an “attempted coup” being carried out by “traitors.”

“It’s not a coup for Juan Guaidó to finally take control of the Venezuelan military,” Trump’s national security adviser John Bolton said at a press conference on Tuesday.

Rubio, who could charitably be described as hawkish when it comes to Venezuela, is one of the U.S. lawmakers backing Guaidó’s charge.

He took umbrage with CNN’s coverage:

Some of the most shameful reporting ever by @CNN right now. Calling what is happening in #Venezuela an “armed coup”. @jguaido efforts are supported by virtually every nation in the region. Grotesque.

CNN wasn’t the only cable news network to break out the coup chyron.

Fox News, covering the chaos in the 9 a.m. hour, ran a chyron identical to CNN’s: “ATTEMPTED COUP UNDERWAY IN VENEZUELA”.

MSNBC refrained from declaring it a coup. Anchor Stephanie Ruhle reported that Guaido released a video calling on Venezuelans to take to the streets in an effort to topple Maduro.

When reached for comment, MSNBC declined to remark on internal editorial decisions.

A Fox News spokesperson noted the network only used “coup” briefly when first reporting on the clashes. They pointed to their coverage in the 1 p.m. hour, which deemed it an “uprising.” 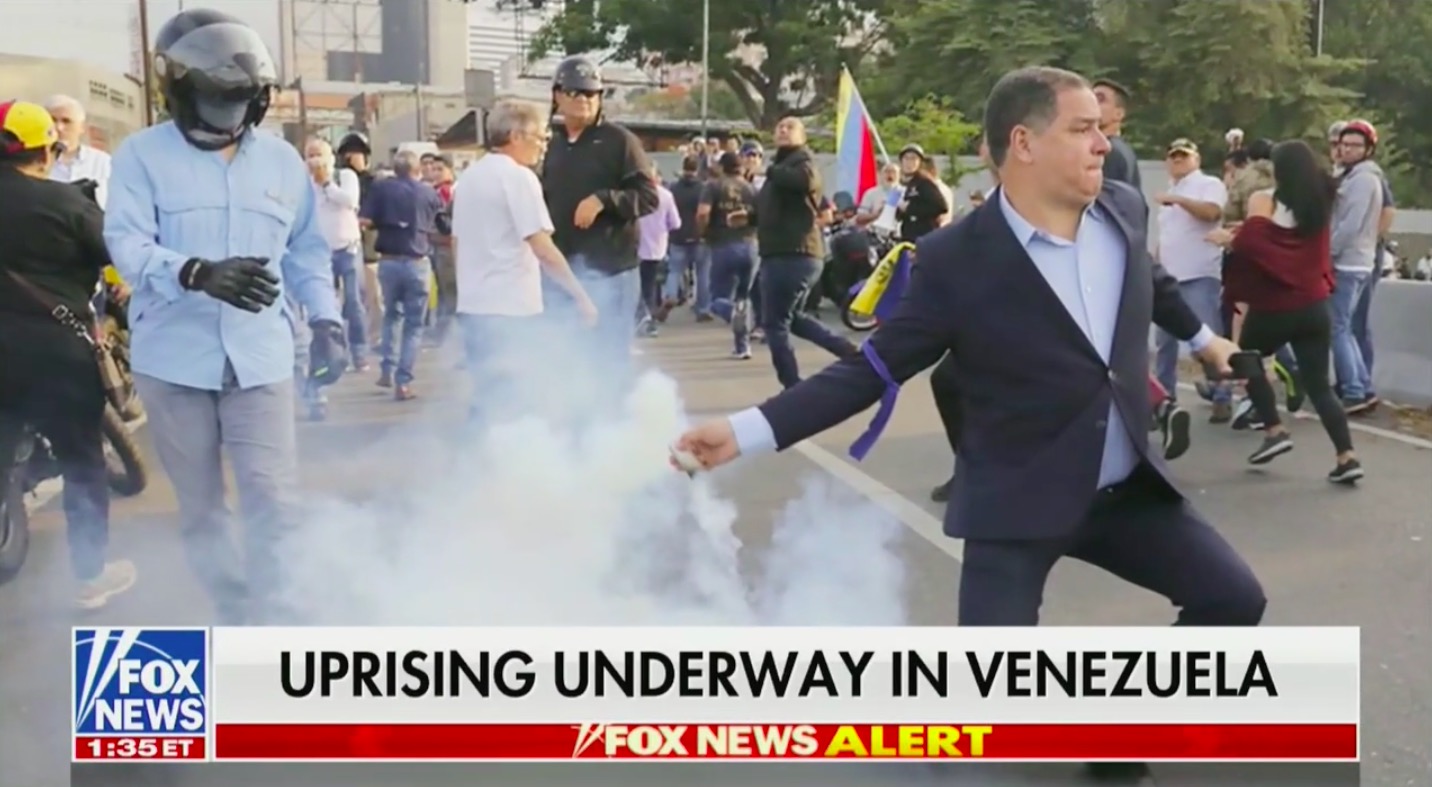 CNN, whose reps did not respond to a request for comment, remained steadfast on the coup front. In the 1 p.m. hour, anchor Brianna Keilar reported an “attempted coup in Venezuela.” 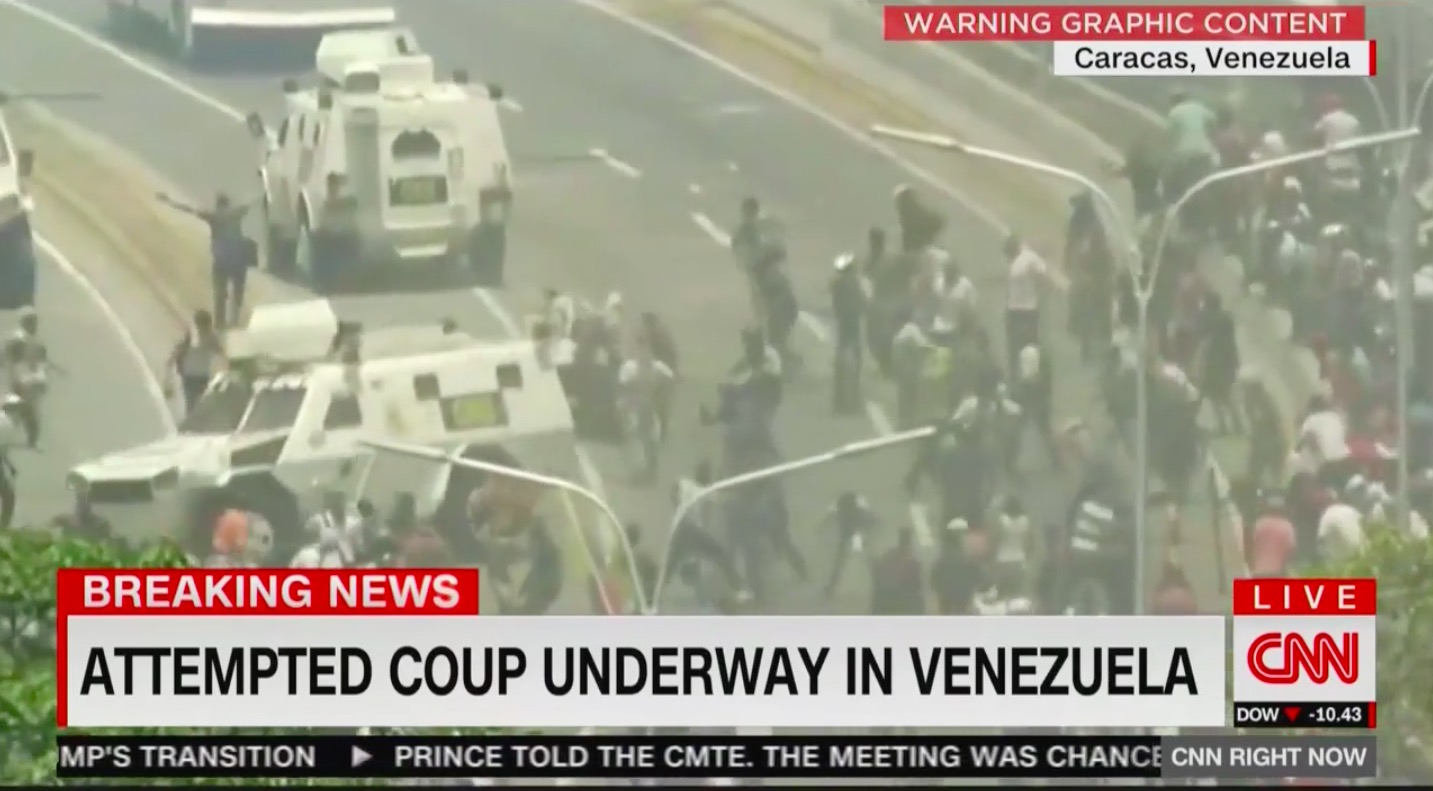 So coup or no coup?

“A military rebellion against a full-blown dictatorship can be called many things, but calling it a ‘coup attempt’ is wrong,” Oppenheimer wrote in a Tuesday column.

Oppenheimer argued Maduro has been a dictator since January 2016, when he stripped the opposition of its power. Then, he “illegally proclaimed himself president for a new full term in office on Jan. 10, 2019, despite international warnings that such a move would be unconstitutional.”