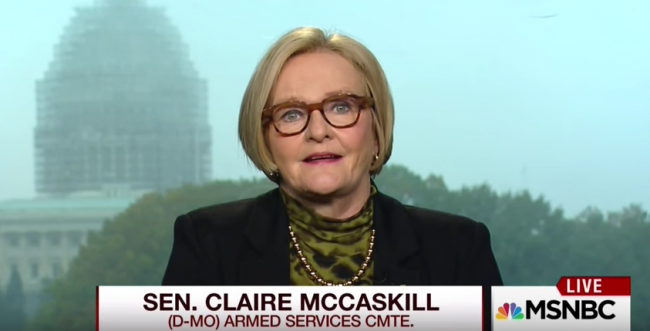 As calls continue to grow for Attorney General Jeff Sessions to recuse himself from any Justice Department investigation into the Russian election meddling, a number of Democratic elected officials are calling for more, saying his explanation for meeting Russian Ambassador, Sergey Kislyak, was insufficient.

In a blistering tweet, Missouri Senator Claire McCaskill took issue with Session’s argument that he only met Kislyak in the context of his work on the Senate Armed Services Committee.

“I’ve been on the Armed Services Com for 10 years. No call or meeting w/Russian ambassador. Ever.” she said, adding that “Ambassadors call members of Foreign [Relations Committee].”

I’ve been on the Armed Services Com for 10 years.No call or meeting w/Russian ambassador. Ever. Ambassadors call members of Foreign Rel Com.

During his confirmation hearings before the Senate Judiciary Committee, then-Senator Jeff Sessions told Senator Al Franken (D-MN) that “I have been called a surrogate at a time or two in that campaign and I did not have communications with the Russians.” In comments to NBC today, the Attorney General clarified that “I have not met with any Russians at any time to discuss any political campaign … those remarks are unbelievable to me and are false.”