CNN’s Chris Cuomo Slammed For Admitting He Cannot Cover His Brother’s Scandals: ‘Give Me an Absolute Break’ 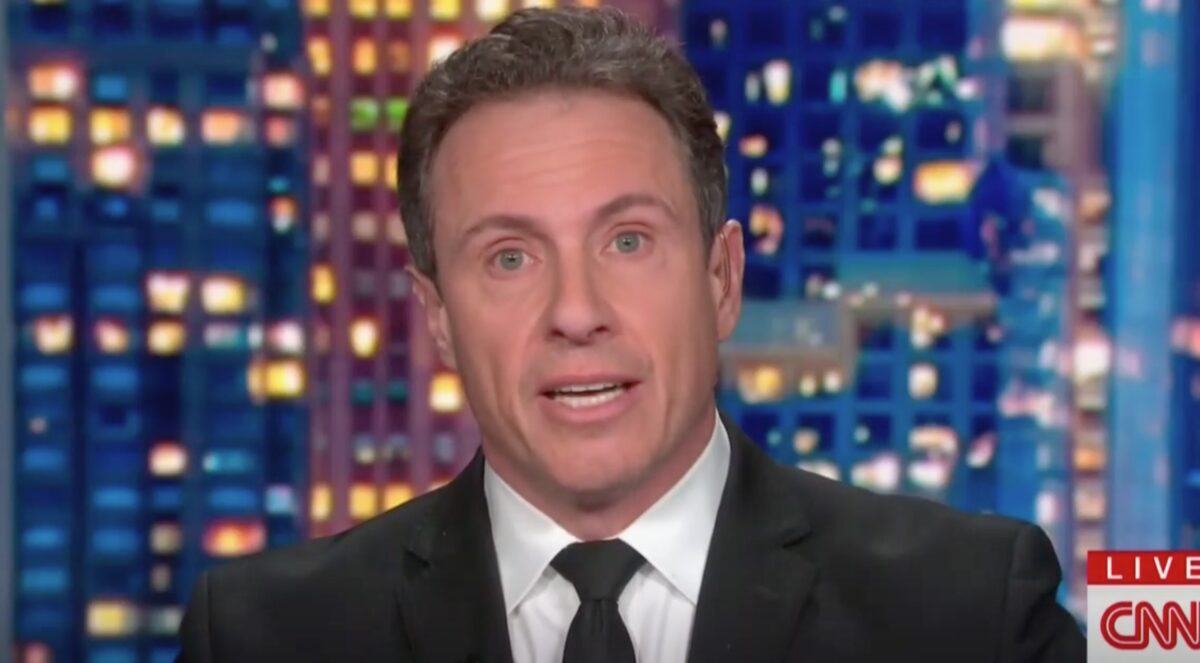 CNN’s Chris Cuomo attempted to address the scandals surrounding his brother, New York Governor Andrew Cuomo, who is getting hammered by critics.

Governor Cuomo has been in a political firestorm for weeks, amid allegations that his administration undercounted coronavirus nursing home deaths, covered it up, and then he supposedly threatened state officials into falling in line behind him. Cuomo is also facing sexual harassment accusations from multiple former aides, and now a third woman has produced a photo of herself with Cuomo while describing his inappropriate behavior.

Chris Cuomo opened his CNN show on Monday by addressing his brother’s scandals, saying “obviously I cannot cover it because he is my brother. Now, of course, CNN has to cover it. They have covered it extensively and they will continue to do so.”

For almost a year, CNN has been criticized for breaching journalistic integrity guidelines by allowing the Cuomo brothers to conduct friendly interviews with each other in the midst of the coronavirus pandemic. As such, critics are ripping CNN’s handling of the whole shebang, plus they’re slamming Cuomo for saying he can’t cover his brother now that scandals are placing him under massive political pressure.

Hmmm maybe the media reporter could explain to us why the jokes with Governor/brother was cool but now scandal/brother= cannot discuss. Hmmmm. https://t.co/Da8UnS9Lq3

Nine times. That’s how many appearances Andrew made on his brother’s show between March 19 and June 24 during the CNN “exception” era. https://t.co/rzzyVOgJ2x

So you interviewed your brother a thousand times with giant q-tips joking about his sex life during covid but now that he’s an accused predator, it’s a conflict?

Give me an absolute break. Hypocrites. This is ground zero of why the American public doesn’t trust ANY of the media. https://t.co/hh3jK7Gswa

“Obviously I can’t cover it because he is my brother” would have been a pretty good rule from the beginning https://t.co/VlYFTWgVmB

He can cover his brother when hagiographic narratives are operational but not when he’s in hot water. https://t.co/gj7NKxr2C6

If Chris Cuomo is allowed to do flattering segments about his brother, why can’t he do unflattering ones? https://t.co/fMA4Q7hVCv

“Obviously I cannot cover it because he is my brother” might have been a relevant sentence for the last year of sycophantic covid comedy https://t.co/z7dnZBnS0z

CNN had no problem with Chris Cuomo hosting Andrew on the show nightly to talk about how great his COVID response was before we knew he was fudging the numbers.

Now that there are three accusations of sexual harassment it’s no longer ok?

Good luck with that, CNN. https://t.co/uyPVFzmaJW

.@ChrisCuomo never had trouble inviting his brother on the show to perform PR for him as thousands languished in nursing homes due to his brother’s March 25th directive. They’re both pathetic and deserve each other. https://t.co/i3gx9PIk6T