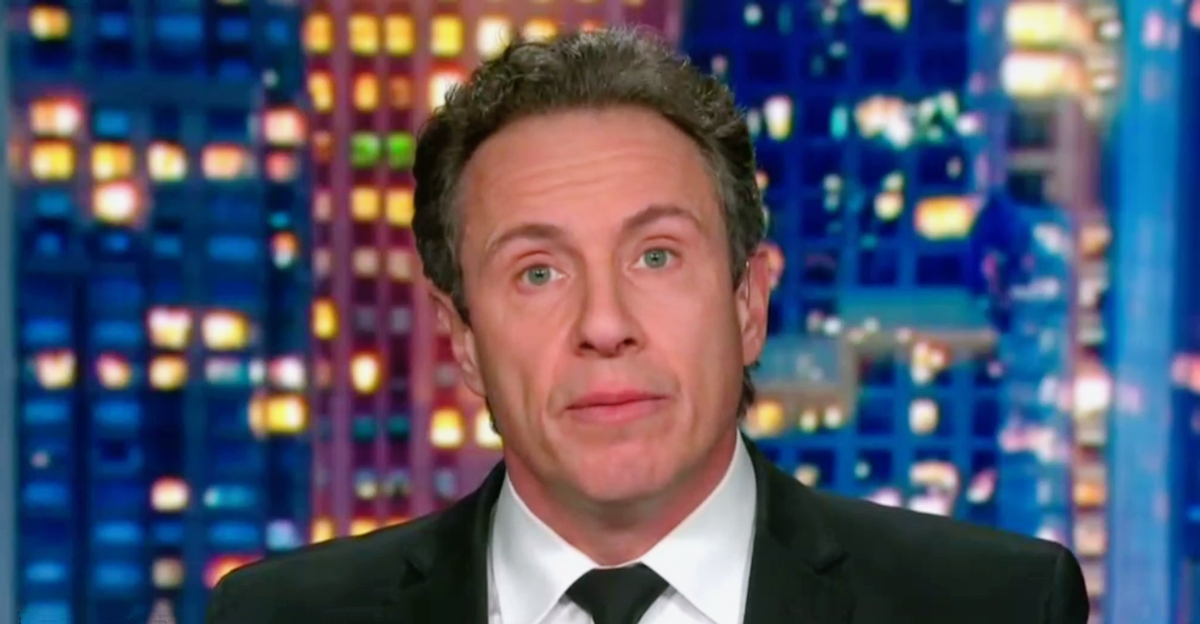 New York’s governor has frequently come under fire for how he handled the coronavirus pandemic in nursing homes, where deaths skyrocketed in Spring of last year. On Thursday, New York State Attorney General Letitia James, a fellow Democrat, accused Andrew Cuomo and his administration of drastically undercounting those deaths.

The attorney general’s office released a 76-page report that revealed the administration may have undercounted the death rate in nursing homes by up to 50 percent. Data reviewed by the office suggested that nursing home residents who were moved to hospitals and subsequently died were not counted as nursing home deaths.

News of the Letitia James report instantly made headlines, and was covered by CNN’s Jake Tapper earlier in the day. Chris Cuomo, on his prime time show, stayed away from the topic altogether.

Last Spring, when New York was overwhelmed by an explosion of coronavirus cases and deaths, Andrew Cuomo directed nursing homes in the state to accept infected patients and to keep them quarantined within the facilities, leading to outbreaks said to be responsible for killing thousands of elderly patients.

Despite the decision, which was eventually reversed, Andrew Cuomo was praised for his leadership amid the (still ongoing) pandemic, earning an Emmy and a book deal.

One of his biggest fans? His brother Chris, who often interviewed him on his prime time show, and even called him “the best politician in the country,” after promising he could not be objective when it came to Andrew.

Chris Cuomo has faced criticism for past interviews with his brother, including for softball questions and prop comedy bits, making the anchor’s decision to steer clear of the topic a notable one.

Mediaite has reached out to CNN for comment and will update if we hear back.