CNN’s Climate Change Town Hall Gets Good Reviews, Flops in Ratings With a Last Place Finish in Every Hour 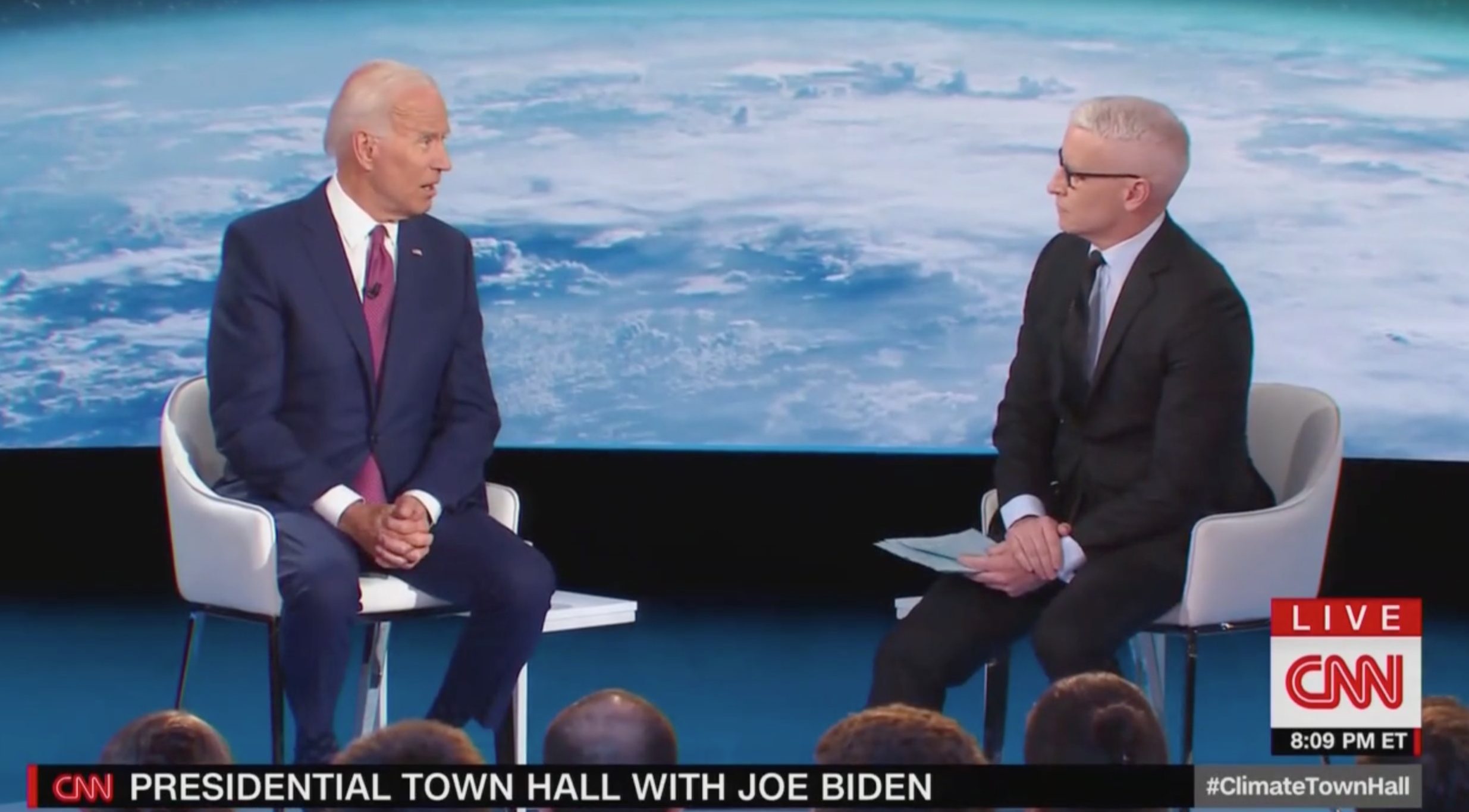 CNN’s seven hour climate-themed town hall proved to be a fascinating forum on an important subject which produced a number of compelling moments. And yet you, cable news superfan, most likely didn’t watch it.

According to data from Nielsen, CNN averaged 1,091,000 total viewers during the time period between 5:00 p.m. and midnight ET during which the town hall aired, and 265,000 in the advertiser-coveted adults 25-54 demographic. That landed the network in third place, behind MSNBC (second, with 1.6 million total viewers) and Fox News (first, with 2.4 million total viewers).

While showing a marginal 3 percent increase in average total viewers for the year to date, CNN was down 14 percent and 33 percent respectively from the same day last year, and 8 percent in the demo from the average day. CNN did see a slight increase in primetime total viewers, with 1,374,000 tuning in from 8:00-11:00 ET — a 4 percent bump from this year’s total day average. But the 345,000 demo number was off 5 percent from the 2019 average, and 29 percent from the same day last year.

Despite the middling numbers, the event was a critical darling. Outlets from NBC News to Vox ran articles praising the forum.

“CNN managed to host seven hours of sustained, substantive, primetime discussion on climate change — something that would have been unthinkable even six months ago — with very little fat on it,” Vox’s David Roberts wrote. “For as often as the network is criticized for its climate coverage, it deserves enormous credit for this.”

.@CNN did our nation a great service by dedicating 7 hours to substantive discussion on climate change.

Sure there were a few cringeworthy Qs (??!), but overall the Town Halls were incredibly thoughtful & intersectional.@CNN, please post all videos unedited so all can watch.

I was surprised at how good the #ClimateTownHall was. Aside from a few lame questions, @CNN did a very nice job, and the audience questions were really good.

It was great to see climate change discussed in detail all night by the presidential candidates on a major news network. https://t.co/hIRNmfmtCZ

It’s remarkable that @CNN aired 7 hours of substantive climate change discussion tonight. It wasn’t perfect, but in addition to Q&A’s with candidates, there were great moments like this from @ChrisCuomo educating the audience & putting climate change in context. #ClimateTownHall pic.twitter.com/37gDi9o6lp

Let me just say that @CNN is doing a great job. Honestly impressed with @wolfblitzer’s command of the climate issue including the nuances and fine points…#CNNClimateTownhall

Highlights of the #ClimateTownHall – enough time to talk real solutions like moving @BeyondCoal and just transition, moral and even faith-based calls to action, candidates who brought the energy, youth climate leaders who made it happen, volunteers asking great ?s. Thanks @CNN!

I watched a lot more of this than I thought I would! I thought it was pretty well done. https://t.co/6grI625pUt

Gotta say that just seeing the words “Climate Crisis” in red on screen is a victory for our movements. Finally the starting premise is correct and none of it would be happening without the work of millions. #ClimateTownHall https://t.co/uPrcVVoEI3

Let’s just be honest: We live in a country where we have finally decided to give the most pressing and consequential problem in human history the full attention it deserves (at least for one night!) and that is unbelievably hopeful.