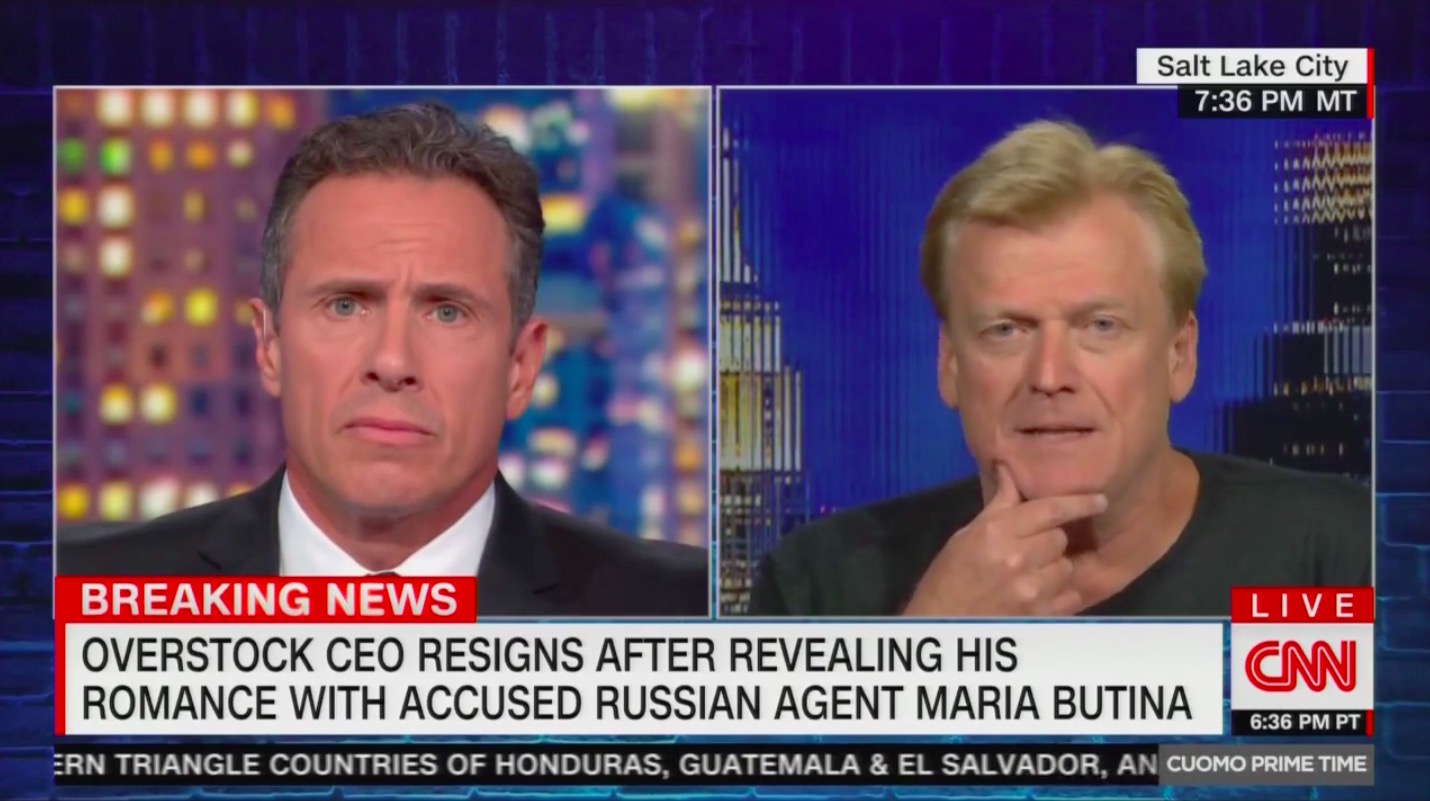 Former FBI director James Comey shot down claims made by former Overstock CEO Patrick Byrne in a series of frenetic interviews Thursday night that he was directed by federal agents to pursue a romantic relationship with accused Russian spy Maria Butina.

Byrne’s media blitz culminated in a rambling, 30-minute interview with CNN’s Chris Cuomo, in which he claimed, explicitly, that during the Obama administration, FBI agents at the direction of then-director Comey instructed him to pursue a relationship with Butina. She is accused of working as an agent of Russia to infiltrate Republican political circles.

Byrne resigned as Overstock CEO on Thursday, shortly after revealing his relationship with Butina and claiming he was a tool in the “deep state.”

Referring to FBI agents he worked with as “the Men in Black,” Byrne said he was told: “This never happens in the United States. We’re the good guys. We don’t work like the bad guys. But we need to ask to you rekindle a romantic relationship with Maria Butina.”

Byrne first began a relationship with Butina without the FBI’s involvement. They met at a Las Vegas event in 2015 and they struck up a rapport. He said he informed the FBI about her after she invited him to Russia.

Byrne later claimed the FBI told him to break off his relationship with Butina, before approaching him again in July of 2016, saying he needed to “rekindle” his relationship with her to assist the bureau’s efforts during a time it was investigating attempts by Russia to interfere in the US presidential election.

Comey himself shot down Byrne’s claims when reached by CNN Thursday night, calling them “ridiculous.”

A source told CNN that Byrne had also shared his claims with the Justice Department:

A US official told CNN on Thursday that Byrne met earlier this year with Justice Department officials and shared with them similar information about a romantic relationship with Butina encouraged by the FBI. The US official said that the Justice Department officials Byrne met with found aspects of Byrne’s story to be believable in part because he shared operational details that were not widely known.

“IF true, agents would be investigated by OPR, DOJ-IG & FIRED for mishandling of source,” he wrote on Twitter.