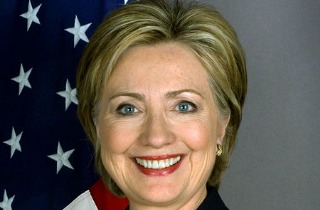 “Expectations were like fine pottery. The harder you held them, the more likely they were to crack.”
-Brandon Sanderson, The Way of Kings

Hillary Clinton had great expectations in 2007. Many Americans held them of her as well. Becoming the 44th President was simply a formality, simply a continuation of dueling American royalty in the form of Bush (‘88)-Clinton (’92)-Bush (’00)-Clinton (’08). The Republican Party was never as vulnerable as it was in 2008 since the days of Herbert Hoover. Hillary had the resumé (two-term senator)…she had the gravitas (former first lady). But then a funny thing happened on the way to the White House.

She began campaigning. And as then-Senator Barack Obama quickly exposed, she isn’t the best speaker, she’s isn’t the most personable, and she isn’t exactly a fresh face that builds intrigue (like Mr. Obama six years ago). That’s not to say the GOP side in 2016 has any potential candidate who possesses those three qualities either. That’s not to say she can’t win this time around. But there is one very big factor completely out of her control that could turn people off:

It’s all the rage in the 21st century. The media landscape of instant gratification through our beloved and indispensable smartphones keeps certain personalities constantly on our radar. And cable news and the Sunday shows know that speculation around elections is cheap, easy, and is infinitely sexier than discussions around policy issues (foreign, tax, immigration, etc.). Midterms? Please. No real household names there. The big prize of 1600 Pennsylvania Avenue will always rule the conversation.

Need proof? Here’s a whopper of an Exhibit A: Hillary was mentioned 98 times on the Sunday talk shows yesterday. A remarkable number considering we’re over 900 days outside of the election and she’s not even a candidate yet.

If you’re a Clinton backer, the Hillary fatigue factor should be a concern. Mediaite’s Evan McMurry documents the number of minutes Clinton is mentioned on cable news almost every week, and the numbers are eye-popping. Simply put, people may be tired of hearing about her by the time she actually does announce. And once she’s thrown into the rigors of the campaign, which in the era of social media will make 2008 look like 1908 in terms of scrutiny, it won’t be a pleasant experience.

For starters, she’ll be forced to defend President Obama’s record. Economic arguments will largely be the same tired stuff (Republicans want to protect their rich buddies while Democrats are for the middle class), so that won’t move the needle one way or the other. Foreign policy—outside of the diehards–bores the American public. We’re in more of an isolationist mindset than at any time since Vietnam ended. If it doesn’t directly affect us (Ukraine, Syria, etc) most of us don’t care. As for Benghazi, unless things change (new evidence or testimony introduced in the Trey Gowdy hearings, for example) from where we are now, it is exactly what Erin Burnett described it to be on CNN last week: Benghazi has become like abortion. You believe it’s a coverup, you don’t believe it’s a coverup, or you simply don’t care. The lines have been drawn with little ambiguity.

So the central argument between Hillary (if she runs) and Republican Brand X will be the role of government. Bigger versus smaller. That debate will therefore center around Obamacare, which is the biggest government overhaul since Medicare. Part of Hillary’s undoing in ’08 was her yes vote on the Iraq war. Try as she might, she couldn’t run away from it, creating a clear distinction for Mr. Obama to underscore as him being a true change candidate.

On Obamacare, Hillary will be likely try to distance herself from it due to its unpopularity. Despite reaching the signup goal, a recent USA Today poll has it at 37 approve/50 disapprove. A recent CNN poll shows only eight percent of independents calling it a success. And if you can find one Democrat running on the success of Obamacare in the midterms, well, feel free to share his or her name.

But in Hillary’s case, Obamacare is her Iraq vote all over again. Because if you recall, she also was a supporter and author of a prior universal health care debacle back in 1993 during her husband’s presidency. There’s no running away from it. And when Mrs. Clinton is asked about her advocacy of universal health care in every debate and every interview, it will be exactly the kind of overexposure she most certainly won’t embrace.

So how does she quell Clinton fatigue? She owns popularity and stature right now, primarily because she hasn’t been challenged by the press or an opponent on any issue yet. But will folks become so sick of seeing her—she has been in the public spotlight for almost a quarter century–that they will clamor for a new face as they did six years ago?

Three words: Control the narrative (relatively). Let the petty stuff go. Bill Clinton got praised last week for defending his wife against Karl Rove’s throw-it-against-the-wall-and-see-if-it-sticks strategy of raising questions around her health. But Bill also created two more days of speculation by stating she needed six months to recover from a concussion. Anytime a Clinton speaks, it will get major play in cable news. So until the campaign actually begins—simply let the talking heads speculate on their own without fueling the fire.

On May 18, a mere 30 months before an election she may not even be a part of, Hillary Clinton was mentioned on the 98 times on the Sunday morning talk shows.

Great expectations once again for the former First Lady, Senator and Secretary of State.