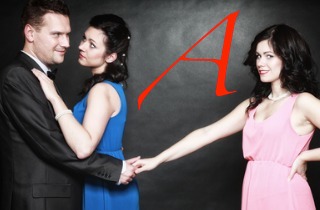 If given the choice between a politician who was caught cheating on his wife and a politician who’s perfectly moral and reasonable, except for the fact that he’s an atheist, a new poll finds more people would be likelier to support the cheater, because atheism is apparently still that big a stigma, politically speaking. This Pew Research poll finds that of all the qualities they posed to people about hypothetical 2016 candidates, the biggest stigma any candidate would have to tackle is a lack of religious faith.

Who are these people?

[h/t HotAir]
[image via Shutterstock, The Out Campaign]