Did Anyone Notice How None Of Lawrence O’Donnell’s Colleagues Came To His Defense? 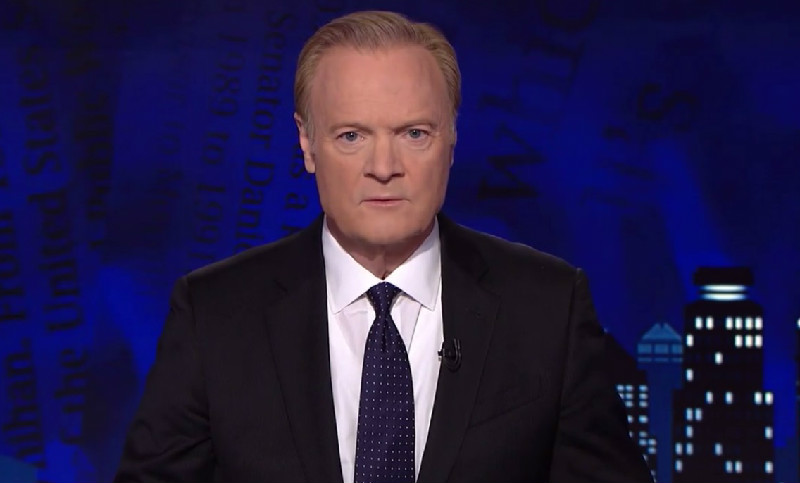 It’s been one week since Mediaite published the exclusive video of Lawrence O’Donnell having a terrible, horrible, no good, very bad day and we still haven’t heard from any of his colleagues jumping to the prime time host’s defense.

“That’s not the Lawrence O’Donnell I know,” said nobody at all.

“I’ve worked with Lawrence for years and he has never behaved this way around me,” a non-existent MSNBC staffer never told Mediaite.

What to make of the silence? What to make of the complete lack of support or defense of a man who’s worked at the peacock cable outlet on a regular basis since 2009 and has been a prime time staple for over seven years?  It’s eerily reminiscent of the events following Keith Olbermann‘s departure from the same time slot on the same network. After Olbermann’s drama-queen exit stories started floating to the media about his abusive, tyrannical behavior toward his staff. Olbermann’s 8PM time slot was replaced, for a while, with O’Donnell so there’s some nice symmetry there, right?

None of us wants our worst day at work caught on camera and leaked for all the world to see, right? And as a radio host who frequently appears on television, I was sympathetic to O’Donnell’s frustration with someone talking in his ear when his program ran a SOT (Sound On Tape) segment.

But let’s be honest. On your worst day at work, when your support staff and the people who work in a subordinate position to you have let you down and are failing the team effort required for you business to function at its optimal level, have you ever treated your co-workers the way O’Donnell did in the now infamous video?  Ever?

The fact that this video was leaked speaks volumes about the people who work with O’Donnell and their opinion of him. The fact that all of this behavior occurred on just one night’s broadcast can lead a reasonable viewer to conclude that this was not anomalous behavior. The fact that the executives who have invested millions in O’Donnell as a network commodity have been completely silent in the aftermath of this video is telling.

One week later, the only word from anyone at MSNBC that has been spoken on the record has come from O’Donnell himself, in the form of a tweet:

A better anchorman and a better person would've had a better reaction to technical difficulties. I'm sorry.

And, for some strange reason, that’s supposed to be the end of it?

Not so fast. Can we please examine this apology for a moment? Because, in light of everything revealed above – the fact that none of his colleagues, none of his staffers and none of his executives have come out to defend him or deny that his behavior was typical, something in this apology is glaring and, frankly, quite astounding.

Read his apology again. It has been interpreted as a classy and self-effacing statement from a man who was publicly humiliated and is supremely chagrined.  Dare I make a counter-assessment?

First… to whom is he apologizing?  Well, let’s start by asking who DESERVES an apology? The staff. The technicians. The coworkers and colleagues. The network that employs him. The executives who have invested their money and trust in him to comport himself properly. Does this apology address them?

Which leads us to WHAT is he apologizing for? If the apology is to the public, than he is sorry for being revealed.

So, he just doesn’t get it. And, perhaps, that’s why now, one week later, still noone who works for him or works with him or who employs him has stepped forward to say, “This is NOT the Lawrence O’Donnell I know.”

That person hasn’t stepped forward to say this because, my hunch is, this IS the Lawrence O’Donnell they all know.