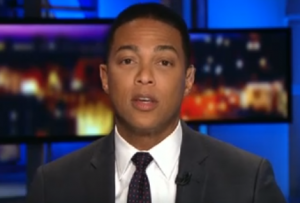 One of the issues New York City mayor Bill de Blasio made front and center in his campaign last year was economic fairness, but will he be able to see that though? CNN’s Don Lemon said Friday night it’s going to be tough for the new mayor to “play Robin Hood,” as he took note of the highly partisan and aggressive speeches at de Blasio’s swearing-in this week.

Lemon brought up a provocative question from U.S. News & World Report: Is de Blasio the future of the Democratic party? Lemon said that from personal experience he knows that New York is truly a tale of two cities, and the question is, really, who the city belongs to: “a group that has economically driven it and reduced crime for the past two decades, or does it belong to the group that feels resentful and exploited and are now unabashedly bashing the past few administrations?”

Lemon also wondered if Democrats are more angry about having been out of power in the mayor’s office for decades more so than they’re angry about the state of the city. And if de Blasio has a radical new agenda for the city, then, Lemon said, he’s going to have a rough time of it and risks alienating people.

“The haves versus the have-nots is not a new theme, but in a place like New York City, the financial capital of the world, it’s going to be really tough to play Robin Hood.”