Ed Schultz On Sarah Palin Announcement: ‘The IQ Of The Republican Field Remained The Same’ 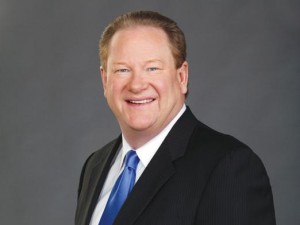 The echoes of Sarah Palin‘s too-long-awaited announcement that she’s not running for president in 2012 are dissipating quickly, and while there are surely many disappointed Palin supporters out there, liberal firebreather Ed Schultz sees a silver lining. In an interview with Mediaite earlier today, Schultz briefly weighed in on Palin’s final 2012 bow, and also predicted that Texas Gov. Rick Perry still has lots of gas in his tank, despite the rough couple of weeks he’s had.

Asked for his take on Sarah Palin’s announcement that she’s not going to be running for president, Schultz said, “It was a good day for the Republicans because the IQ of the Republican field remained the same yesterday,” adding that had she decided to run, it would have gone “possibly though the floor.”

On the subject of the recent controversy surrounding Gov. Rick Perry’s hunting camp, Schultz said,  “I think the name of the ranch is despicable.”

Perry, already dropping in the polls, has taken heavy criticism over the camp, most notably from rival Herman Cain. However, Schultz doesn’t see the controversy as a game-ender for Perry. “I think despite this, Perry is still a very relevant candidate,” Schults said. “He raised a lot of money and he has some very strong conservative support that will look past this issue.”