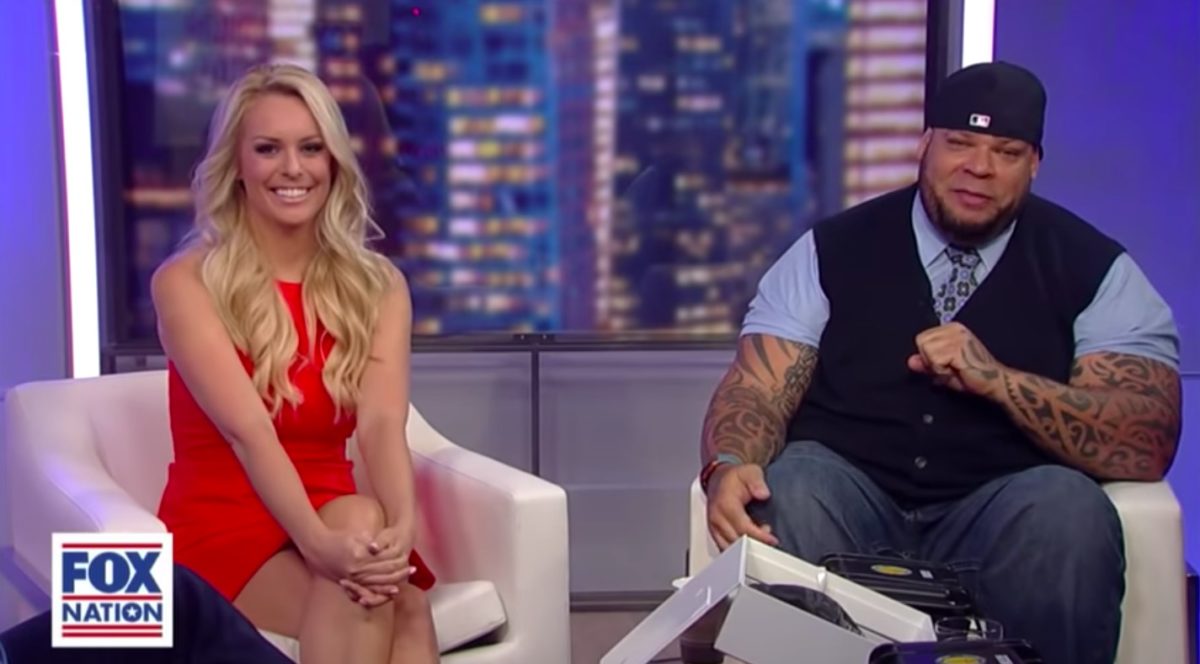 A spokesperson for Fox News said in a statement provided to Mediaite, “Ms. McHenry’s lawsuit recycles the same allegations she filed with the New York State Division of Human Rights in October, to which we filed a response on Friday. As we have previously stated, Ms. McHenry’s allegations have been fully investigated and we are confident our actions will be deemed entirely appropriate in litigation. We expect all of her claims to be dismissed.”

The suit comes several months after HuffPost reported in July that Murdoch was pulled off his and McHenry’s show UN-PC, an online show aired on Fox’s relatively new digital streaming service Fox Nation, due to Murdoch sending his co-host sexually explicit messages and photos of his genitals.

Among the offending comments that McHenry alleges Murdoch sent her — beginning in October 2018, just two months after meeting her and one month before the two launched their show — include the following text messages:

“Just pull your boobs out now why don’t you. Just grin and bare it,” “keep being negative and I’ll send you another dick pic,” “I love pony tails and braids you look amazing and itʼs a real turn on not that you care but I love it,” “I’ll show you what it mean to be bad Britt Mc Henry … Dick pic coming in 5 sec,” “I love your legs,” “Is it creepy how I look at you,” “FYI you’ll need those legs to escape from me in Montana,” “I please especially on your knees hotness,” and “I love the fact your always working if we ever had sex I feel like after an orgazzum (sic) you say speaking of feeling good did see the story on the puppy rescue we should do a segment on it hand me my phone.”

Murdoch’s attorneys have denied the claims, issuing a statement to McHenry’s legal representation Lisa Bloom threatening “potential defamation litigation” over the allegations. His lawyer has also noted that Murdoch “looks forward to having a public forum in the court system to clear his name from the smear campaign that has been waged against him in the media.”

McHenry’s lawsuit comes two months after she filed a sexual harassment complaint against Murdoch and Fox Nation with the New York State Division of Human Rights. Additionally, McHenry complained about dealing with an “intolerable work environment” to Fox, including to her Fox Nation higher up John Finley. Per the lawsuit, Fox’s human resources executive Monica Mekeel then reached out requesting that McHenry hand over all text messages between her and Murdoch and subsequently suggested that McHenry may have done something to push her male co-host into hitting on her. Fox’s eventual investigation into McHenry’s complaint concluded, according to the suit, that Murdoch’s words and comments “did not constitute sexual harassment” as he showed “no clear intent to have sex with her.”

In a tweet late this afternoon, McHenry said, “I am standing up for myself, for women and for what’s right. I have maintained the same allegations because the truth doesn’t change. I feel for any sexual harassment victim who has their story and evidence dismissed, doubted and not believed.”

I am standing up for myself, for women and for what’s right. I have maintained the same allegations because the truth doesn’t change. I feel for any sexual harassment victim who has their story and evidence dismissed, doubted and not believed.