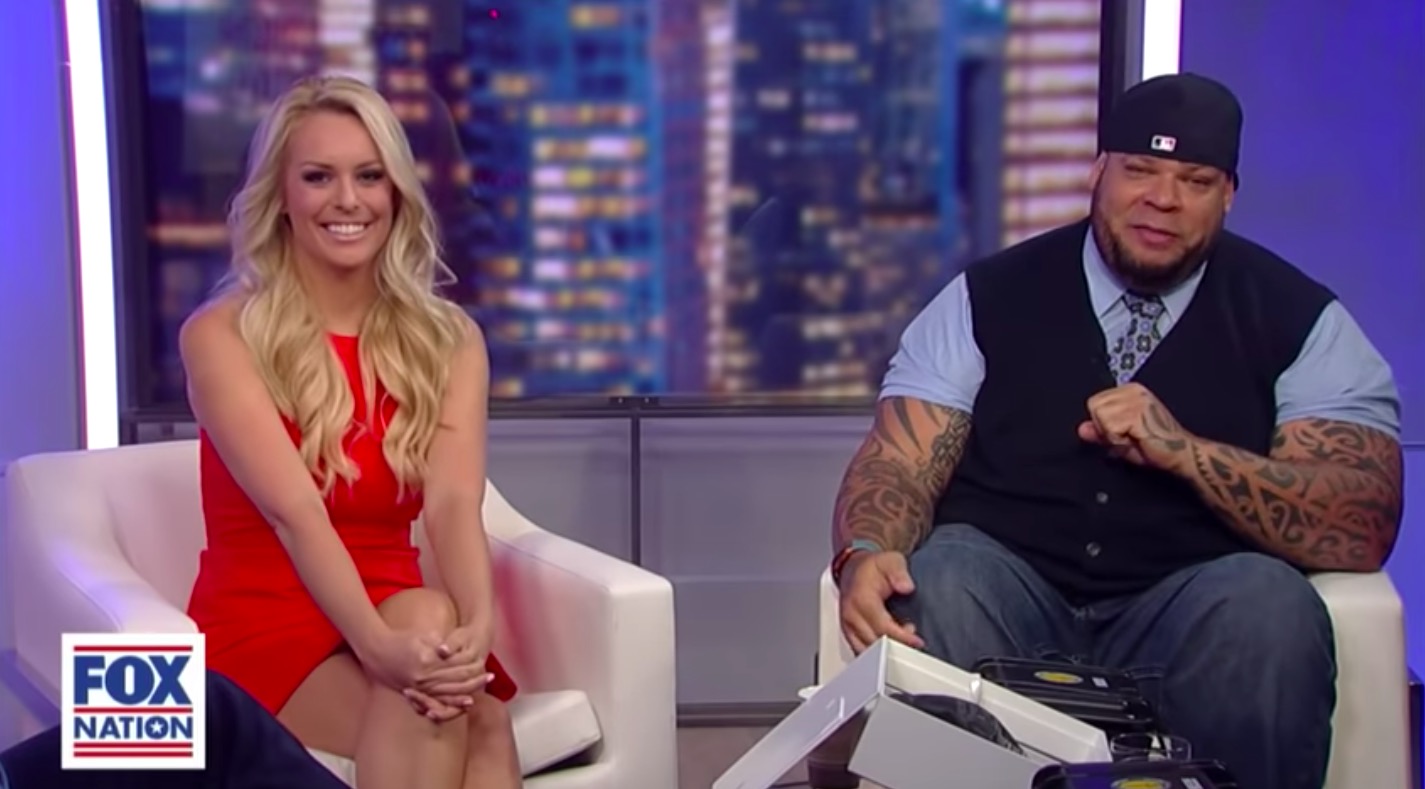 Following reports that Fox Nation star Britt McHenry had accused former co-host Tyrus of sexual harassment, she claimed to have “proof” in a cryptic tweet that was quickly deleted.

Mediaite reported Wednesday that Tyrus was booted off the show he hosted with McHenry — UN-PC, on Fox News streaming service Fox Nation — after she accused him of sexual harassment. The Daily Beast first reported that McHenry filed a formal complaint with Fox News, and alleged Tyrus had, “on multiple occasions, sent her unwanted and unsolicited text messages with lewd, sexual comments.”

Fox News declined to fire or suspend Tyrus following the allegations. Instead, he was removed from UN-PC and given his own program – a celebrity interview show called NUFFSAID — which debuted this week.

“While we are not at liberty to discuss the details of any employee matter, we follow strict protocols when matters such as these are brought to our attention, and we make no exceptions,” Fox News told Mediaite in a statement. “The process works because of the extensive systems and measures we have instituted. This situation was independently investigated and we consider the matter resolved. We respect the confidentiality of all involved.”

Since the dust-up between the two co-hosts, Tyrus has continued to appear on Fox News shows, including the Greg Gutfeld Show, where he is a regular, and Dana Perino’s news program, where he makes a weekly appearance on Fridays.

McHenry will continue to host UN-PC, with rotating co-hosts. Since Tyrus’ exit from the show in April, Fox News radio host Tom Shillue has filled in.