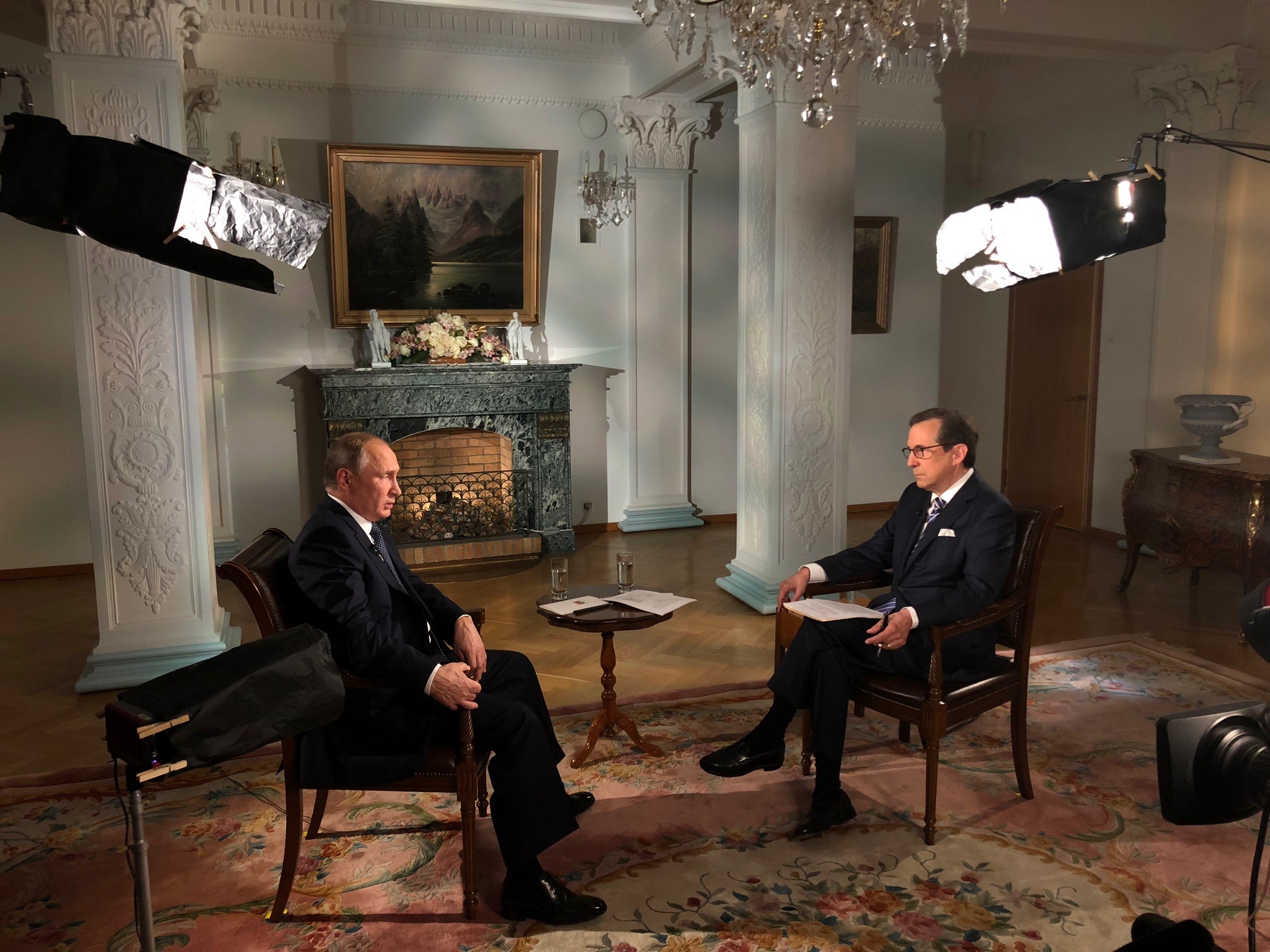 Fox News’ Chris Wallace became the first person at the network to ever receive an Emmy nomination.

Fox is now running a “For Your Consideration” marketing campaign for Wallace’s nomination.

Wallace received the News and Documentary Emmy nomination under the “Outstanding Live” category for his July 2018 interview with Russian President Vladimir Putin.

Wallace is “getting recognized more frequently these days for his ability to grill his guests,” according to Variety’s Brian Steinberg, who authored a profile on the Fox News anchor this week.

The interview took place following a meeting between Putin, President Donald Trump, and other officials. During one moment of  the interview, Wallace shoved a copy of a federal indictment against 12 Russian intelligence officials for allegedly hacking Democratic opponents to Trump in the 2016 election. Putin motioned for Wallace to put the papers on a side table instead.

“First of all, Russia, as a state, has never interfered with the internal affairs of the United States, let alone its elections,” said Putin.

“Putin sometimes acts like this bored kid in the back of the classroom,” Wallace told Variety.  But from that point in the interview, he recalls, “I had his full, undivided attention. I would say it was more like, ‘Game on!'”

Wallace was also the first Fox News anchor to moderate a presidential debate in 2016. More recently, he gained traction for his hard-hitting interview with Trump aide Stephen Miller, in which he picked apart Miller’s defense of attacks on freshman Democratic congresswomen, asking how their rhetoric was any more divisive than the president’s.

“You say it has zero to do with race. There is a clear pattern here, Mick,” said Wallace.