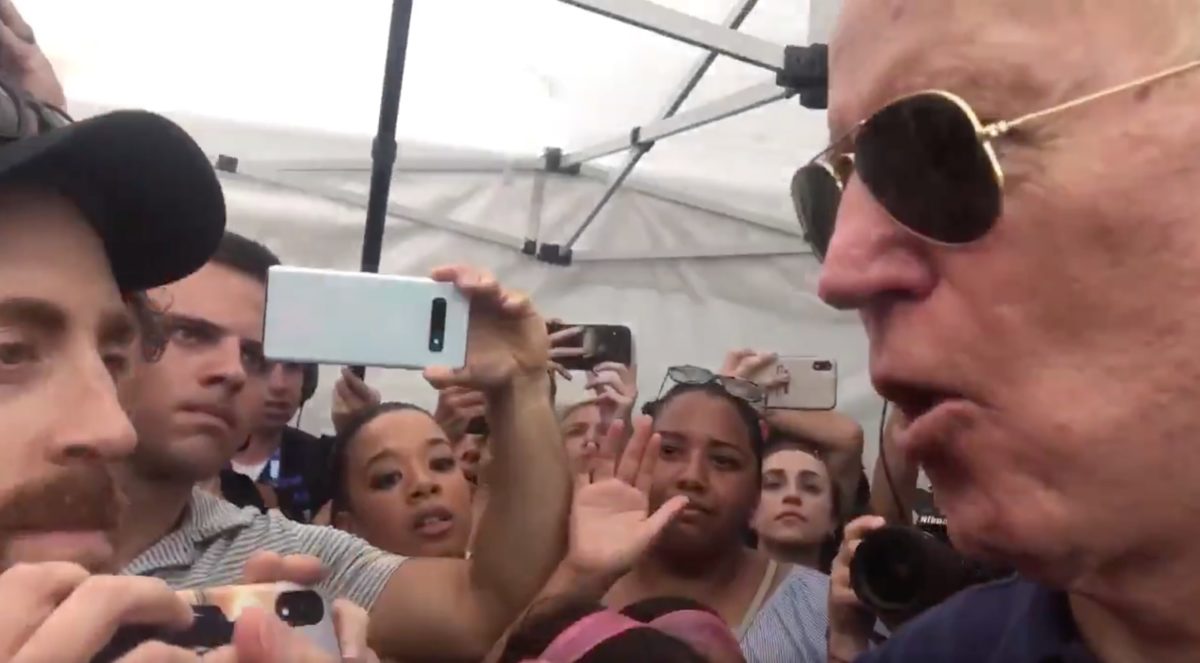 “Lets get this straight, he said ‘there are very fine people on both groups.’ They were chanting anti-Semitic slogans, carrying flags,” Biden said, wagging his finger at Breitbart’s Joel Pollak at the Iowa State Fair Thursday.

Up close confrontation at the Iowa state fair:this man accuses ⁦@JoeBiden of misquoting ⁦@realDonaldTrump⁩ on white supremacists — and Biden tears into him. pic.twitter.com/2ycHT869jP

Biden then quickly moved on from Pollak.

In recent weeks, far-right personalities have been claiming Trump’s widely-condemned “very fine people on both sides” remark was actually not in reference to white supremacists at the Charlottesville rally – despite the fact that the event was explicitly billed as a white nationalist and white supremacist event, replete with anti-Semitic and racist chants.

Biden famously launched his campaign by criticizing Trump’s response to the rally where Neo-Nazi James Fields Jr. drove a car into a crowd of protesters, killing activist Heather Heyer and injuring 19 others. Fields was found guilty of murder and sentenced to life in prison.

“[Trump] now has come down and doubled down on concocting a phony story about how these violent thugs only wanted to protect a statue of Robert E. Lee. Give me a break,” Biden said in April.