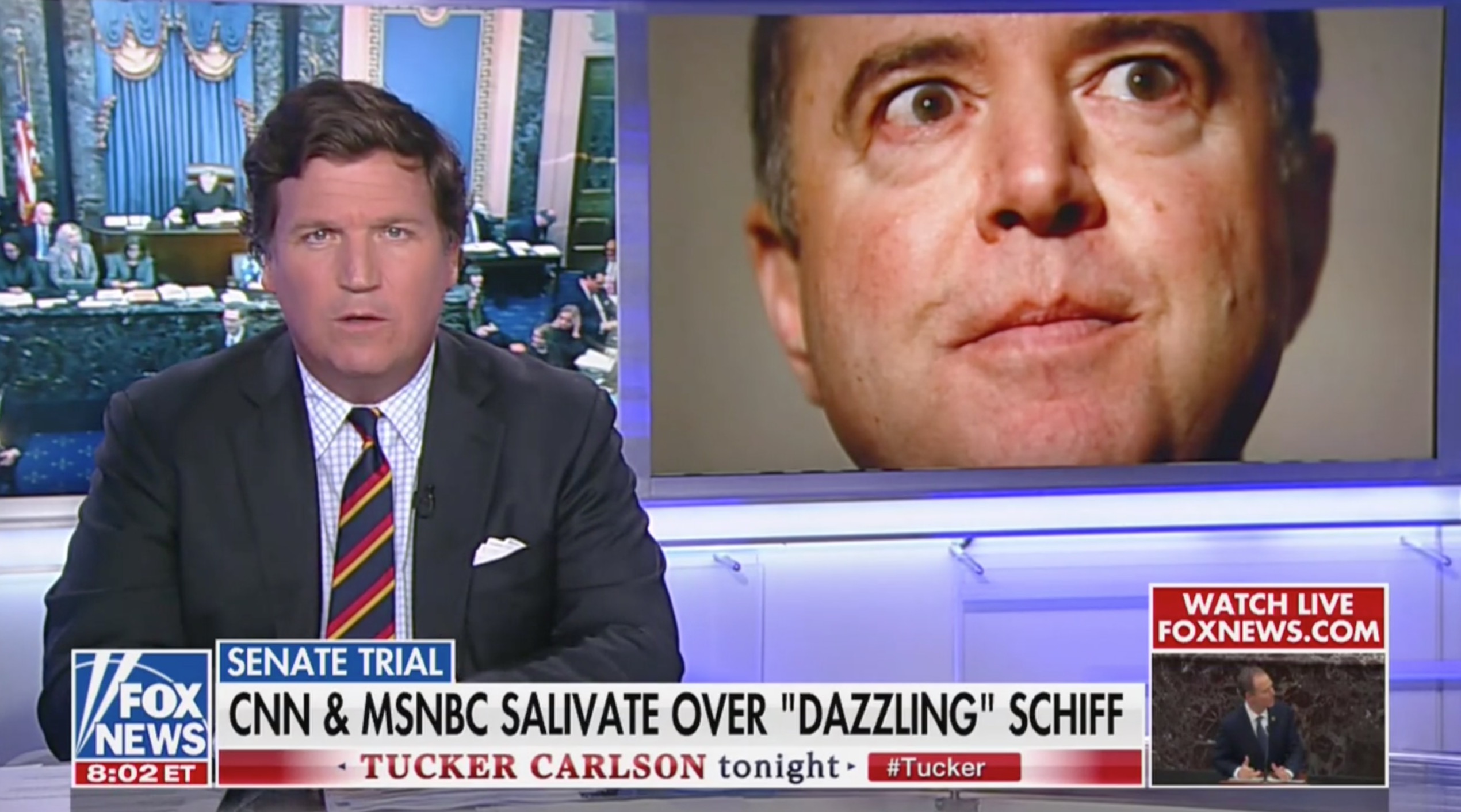 Fox News has gone against the grain by ditching President Donald Trump’s impeachment trial in favor of their regular prime time lineup. But the strategy is paying off big from a ratings standpoint.

According to data from Nielsen, Sean Hannity crushed the field with a monstrous overall audience of 4,246,000, along with 752,000 in the advertiser-coveted adults 25-54 demographic. Perhaps benefitting from the end of the day’s proceedings in the Senate coming just before the start of her show, Laura Ingraham scored a strong second in the overall category with 3.93 million. Her 649,000 in the key demo trailed only Hannity and Tucker Carlson — who posted 679,000 in that category. Carlson was third in total viewers with 3.73 million.

But on Wednesday night, everyone was a ratings winner to some degree. CNN and MSNBC stuck with their gavel-to-gavel coverage of the trial, and saw gains across the board. From the 7:22 resumption of the proceedings until the 9:43 p.m adjournment, MSNBC pulled down an audience of 2.47 million viewers — with 450,000 in the 25-54 category. CNN, during that same window, averaged 1.48 million overall and 429,300 in the demo.

The post-trial programming also scored. Rachel Maddow brought 2.99 million viewers to MSNBC on Wednesday night, with 593,000 of them falling in the 25-54 demo. And CNN’s Chris Cuomo brought in 1.53 million viewers, with 427,000 in the demo. Those numbers for Cuomo and Maddow far outpace their regular viewership.