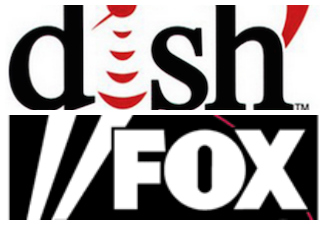 The battle between Dish Network and Fox News has now reached comical levels, with Dish dishing out all the hilarious rhetoric.

Throw out any partisan angle here and simply look at the numbers: Fox is a powerhouse in the cable world. It finishes #1 in cable news by a country mile and even topped all cable competitors in primetime in Q3, even beating heavyweights ESPN, USA and TNT. More importantly — and any cable news executive will agree with this assessment — its audience is fiercely loyal to the product.

“I don’t think you can fully capture the value Fox News brings by looking at the Nielsen ratings alone,” said Craig Moffett, the longtime financial analyst who specializes in cable. Mr. Moffett, who heads his own firm, said that the key to Fox News’s continued financial strength has been “the level of passion and engagement” it inspires in its viewers.

So it makes it all so interesting to listen to Dish Network chief Charlie Ergen accusing Fox of “extortion” as the battle between Dish — which blacked out Fox in a disagreement over carriage fees — enters its second week.

In a video statement posted close to midnight on Christmas Eve, Ergen says his gripe involving Fox News Channel and Fox Business Network involves an effort by 21st Century Fox to secure a new contract for an “unrelated” channel that would have tripled the rates paid by Dish for that channel. It’s not exactly clear which unrelated channel Dish is referring to, but it appears to be either FXX or Fox Sports 1, both of which were introduced to the public fairly recently…hence Fox’s attempt to include them (via bundling) at the negotiation table.

“Ironically, Fox News would be the first network to decry this kind of dealmaking,” Ergen said. “There’s nothing about this extortion attempt that was fair or balanced.”

As expected, Fox News responded promptly, pointing out the inordinately large number of carriage fights that Dish has been engaged in over the past year, including blackouts targeting CBS and Turner.

“Since Dish dropped Fox News, Dish has focused on shifting blame instead of getting Fox News back on the air. But the facts speak for themselves – Dish has blocked more than 10 channels in the last six months alone,” said the network statement. “We continue to work on resolving this situation, but until Dish is responsive, we are unable to update you on when Fox News will be available.”

Consequently, Fox’s fan base has besieged Dish with calls and emails since the channel went dark. By Fox’s tally, about 180,000 complaint calls have been registered with the toll-free line Fox established for the Dish fight. At last count, 140,000-plus emails have been sent as well.

From here, the “extortion” angle Dish is attempting here to play is a losing proposition. Apparently Dish and its CEO (Ergen) are either not aware or chooses to willfully ignore the concept of leverage. Bottom line: Fox holds a straight flush here based on the size and loyalty of its audience alone. Dish–which is a distant second to its primary competitor (DirecTV)–only holds a pair of threes.

Extortion — using Ergen’s characterization — should never be confused with the basic concept of supply and demand.

And when the smoke clears, expect Dish to be eating off of a dish, with crow being the main course.