Fox News Responds to Hannity at Trump Rally: We Do ‘Not Condone’ This ‘Unfortunate Distraction’ 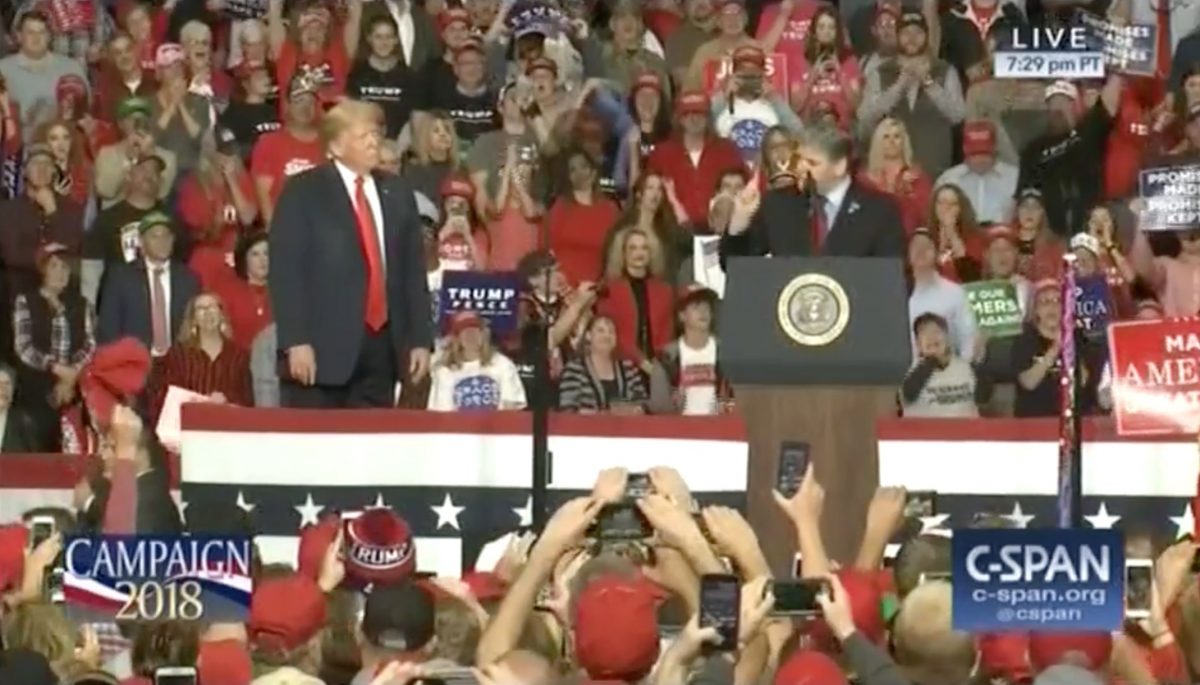 Fox News responded to Sean Hannity‘s appearance at a President Donald Trump rally on Monday with a statement declaring that the network “does not condone any talent participating in campaign events.”

“FOX News does not condone any talent participating in campaign events,” Fox said in a statement to Mediaite. “We have an extraordinary team of journalists helming our coverage tonight and we are extremely proud of their work. This was an unfortunate distraction and has been addressed.”

Hannity and the network initially said on Tuesday that the Fox News host would only hold his show from the rally venue and interview the president.

“To be clear, I will not be on stage campaigning with the President,” Hannity tweeted Tuesday morning.

After the conclusion of his show and during Trump’s rally, however, the president called Hannity up on stage.

Hannity fired up the crowd from his first remark, pointing to the press pen: “By the way all those people in the back are fake news.”

After a wave of criticism, Hannity defended his appearance on Twitter Tuesday, shortly before Fox News sent a statement to reporters.

He also addressed those who pointed out that the press pen at the rally Hannity derided as fake news included a Fox News reporter, Kristin Fisher.