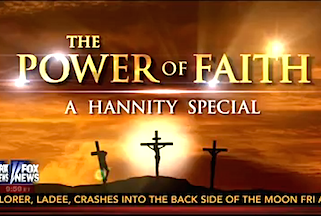 Fox’s Sean Hannity aired a special broadcast Friday night featuring interviews he has done with Christian leaders over the years. While the special was #1 in total viewers for Fox, it came in last place in the 25-54 demo behind HLN, CNN and MSNBC.