Glenn Beck: ‘I Will Stand with GLAAD’ Against Russia’s ‘Hetero-Fascism’
video

Glenn Beck: ‘I Will Stand with GLAAD’ Against Russia’s ‘Hetero-Fascism’ 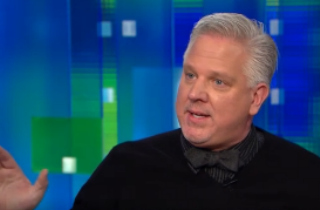 As Mediaite readers may recall, Glenn Beck recently appeared on CNN for a full hour of talk with S.E. Cupp. Buried within that interview is one especially interesting nugget: Beck said he would gladly stand with GLAAD in the fight against Russia’s “hetero-fascist” laws criminalizing public homosexuality.

Beck told Cupp that he finds it ridiculous that Americans were debating Santa Claus’ race and a comment made by a Duck Dynasty star while, over in Mother Russia, laws have criminalized public homosexuality and a well-known TV celebrity actually called for the burning alive of gay people.

“Hetero-fascism,” Beck called it. And he said he’d gladly stand with GLAAD in taking a stand against Russia’s anti-gay legislation.

So why is that so interesting?

I’ve long been tough on Beck for suggesting he’s sympathetic to libertarianism while openly supporting the likes of Rick Santorum and Michele Bachmann — two of the most un-libertarian GOP candidates in the 2012 cycle. And then he started to make some progress on many issues, including surveillance and the warfare state.

So I’d consider this an even greater step forward. With this one soundbite, Beck has done more to speak out against Russia’s war on homosexuality than any of his conservative radio colleagues, thereby showing clarity of his belief that while his religious views may say one thing about homosexuality, he does not believe any government has any place legislating such morality. Not only that, but he mentioned fighting arm-in-arm with GLAAD, one of the right’s biggest bogeymen.