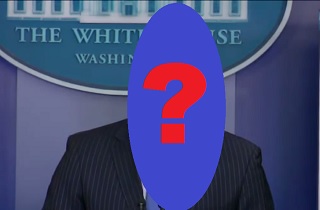 Remember when it was a huge deal that President Barack Hussein Obama just flat-out refused to call the September 11, 2012 attack in Benghazi, Libya an “act of terror,” or an anything of terror, except for the three times he did it in the two days following that attack? Well, it turns out there was someone else who even more stubbornly refused to combine any reference to the attack with the word “terror” in the days following the tragedy, which has become a relentless political attack.

This narrative was a popular theme with conservatives, and the myth that President Obama didn’t call the Benghazi attack an “act of terror” didn’t die on the debate stage with Mitt Romney. People kept repeating it long after that. Fox News’ Ed Henry did it yesterday. The fact is that, in the days following the attack, the “terror” label wasn’t in question, but rather, things like the level of pre-planning, the motive, and the perpetrators’ relationship to international terrorist organizations (another part of the myth is that Susan Rice never mentioned terrorists on the Sunday shows, even though she specifically said it might be al Qaeda).

So while it is completely untrue that President Obama avoided the use of the “t-word” in the days following the attack, there was someone who danced a Riverdance around it in his or her first White House briefing following the attack, repeatedly making ambiguous references to “violence” in Libya, and the incident itself as simply an “attack,” with not a single mention of the word “terror.”

Can you guess who it was?

Now, in all fairness to Fox News’ Ed Henry, there’s a pretty good reason why he didn’t call Benghazi a “terror attack” during that briefing: Because aside from the obvious fact that there had been an attack, and it was, as the President said three times that week, an “act of terror,” the motives, methods, and operational allegiances of the perpetrators were under investigation. We now know that a New York Times investigation found no “evidence that al Qaeda or other terrorist groups had any role in that assault, and suggests the deadly attack was in part due to anger at an American-made video seen as anti-Islam” (that’s not an exact quote, it’s what I heard on Fox News), and that according to the Intelligence Community, “the nature of the attacks suggested they did not involve significant pre-planning,” but how could Ed Henry have known any of that at the time? At least he didn’t call the terrorists “protesters,” like this guy did: