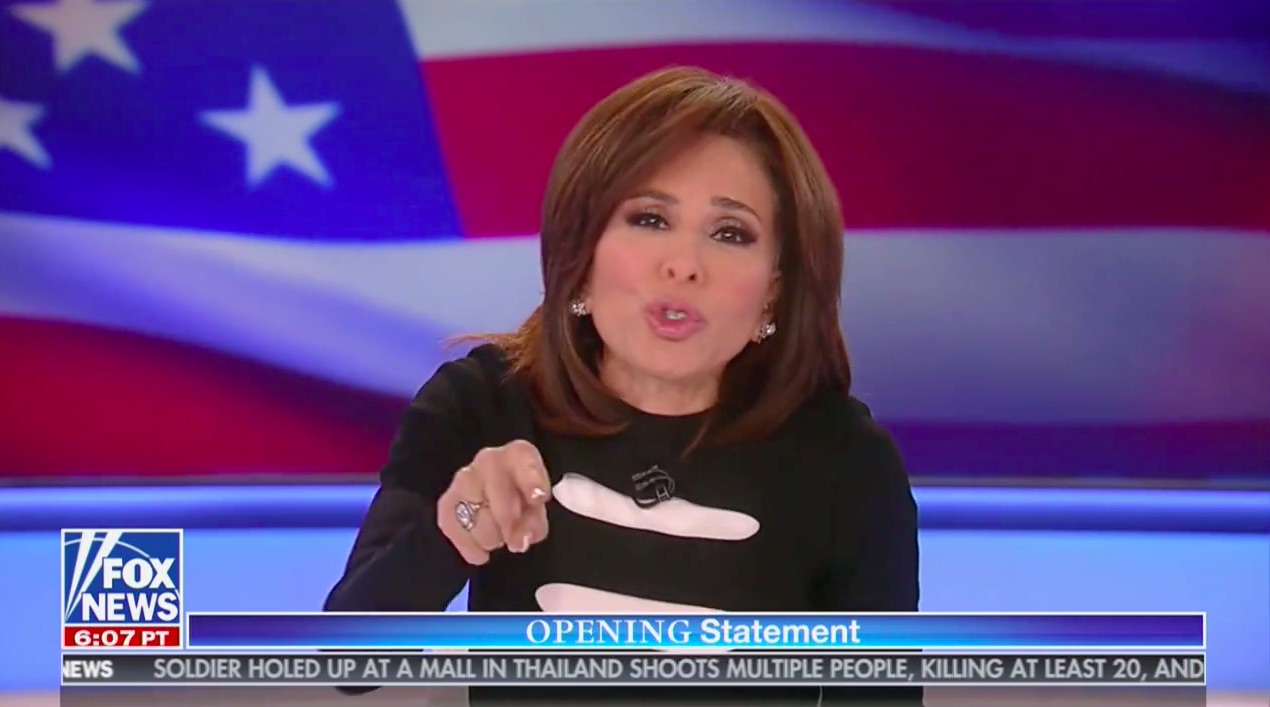 Fox News hosts Maria Bartiromo and Jeanine Pirro both leveled somewhat comical claims over the weekend that they were being “censored” by big tech companies.

Pirro began the weekend by claiming her private text messages were censored.

“I just received 2 texts from friends. At end each read ‘Preceding msg modified, Media objects were removed’ WHAT…Shouldn’t my friends and I decide what we share? #censorship #outrage #BigTech,” Pirro tweeted, early on Saturday morning.

I just received 2 texts from friends. At end each read ‘Preceding msg modified, Media objects were removed’ WHAT‼️‼️‼️ Shouldn’t my friends and I decide what we share? #censorship #outrage #BigTech

Pirro did not specify which company — Apple or a cellular provider? — carried out the alleged censorship. There is a simpler explanation for what happened to Pirro than the vast conspiracy she is alleging. It is likely that the messages she received exceeded 160 characters, or perhaps included a large image that required a lot of data to be downloaded — both instances are said to produce the fairly benign message.

On Fox and Friends Sunday morning, Bartiromo launched a big tech conspiracy theory of her own. Ahead of her interview with President Donald Trump, the Fox anchor claimed that Instagram was censoring her by preventing one of her friends from sharing a promotional post about the interview.

“You know what big tech has been doing,” Bartiromo said.

It is unclear what prevented Bartiromo’s friend from forwarding the post.

The phenomenon of claiming censorship isn’t a new one for Fox News hosts. Back in October, Fox News legal analyst Gregg Jarrett floated the theory that his Wi-Fi connection cut out because he wrote a negative op-ed about Joe Biden.