Joe Scarborough Goes Off After Being Called Out for ‘Reckless Speculation’ on Epstein: ‘Get Some Fresh Air’ 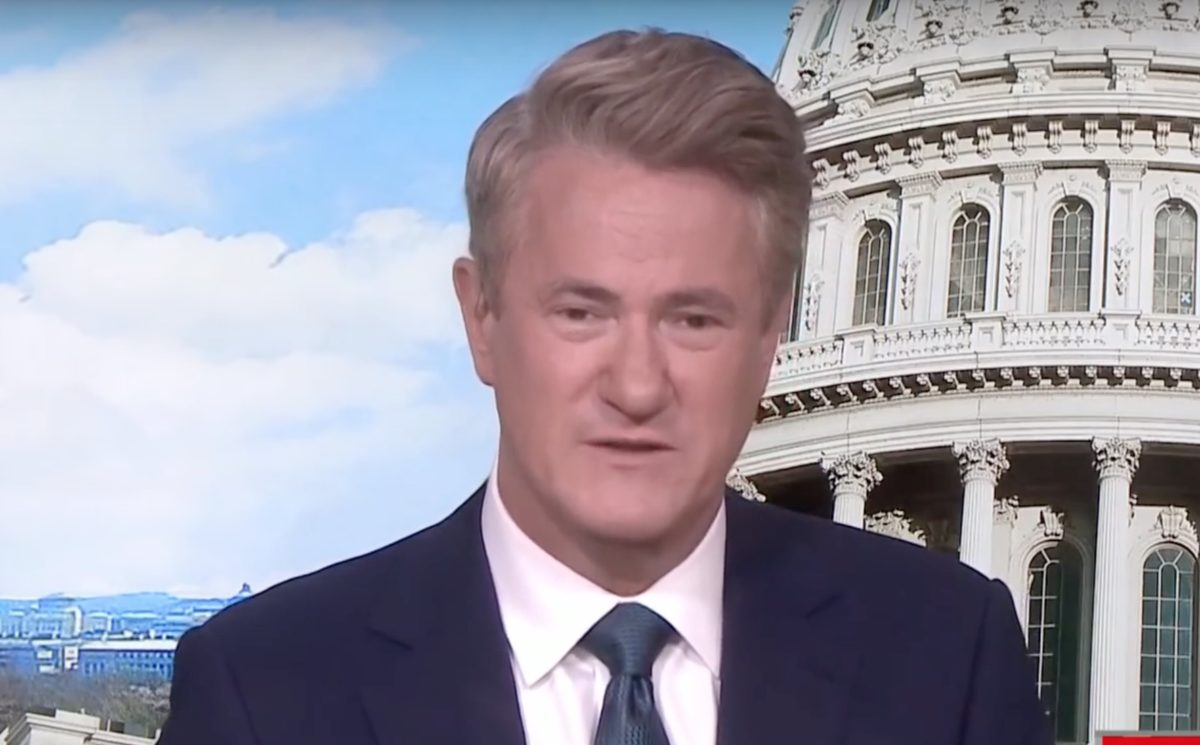 MSNBC’s Joe Scarborough is responding to criticisms of his conspiratorial speculations yesterday about the cause of Jeffrey Epstein’s mysterious death.

Shortly after the news broke that Epstein was found dead in his jail this weekend, Scarborough was one of many to call “bulls*t” on the idea that the disgraced financier merely died by killing himself. Scarborough not only suggested there was foul play involved, he also seemed to insinuate something about President Donald Trump’s connections to Epstein and Russia by saying Epstein’s death looked “predictably…Russian.”

Many news observers agree that an air of suspicion shrouds Epstein’s death. However, there has been a lot of uproar about the evidence-free murder and coverup accusations that have been flung at the high-profile individuals whose histories intertwine with Epstein.

CNN’s Andrew Kaczynski responded to Scarborough yesterday by questioning the “reckless speculation” the latter was making about the alleged suicide.

reckless speculation like this from someone with a platform and voice as large as yours is as irresponsible as it gets.

Scarborough noticed that but he doesn’t seem to think his “glib tweet” was such a big deal:

“Is as irresponsible as it gets?” Go outside and get some fresh air today. Get off Twitter, which is what I did after finishing my coffee. That’s why I’m just now seeing your hyperventilating tweet.

Glenn, forgive me for making a glib, offhanded comment while, yes, also poking fun at crazy conspiracy theories that Republicans tried to pin on Clinton in the 90s. I didn’t know you would interpret my glibness with the intensity of the Dead Sea Scrolls scholar.
Relax, buddy. https://t.co/foS2rbRkMt

And treating a glib comment on Twitter like it’s the front page of the New York Times shows just how little perspective people have in this swirling media ecosystem. Context, Kurk. Context. I was concurrently mocking BS conspiracy theories about the Clintons. https://t.co/f6oJtFnCd4

Dear Russians, if you are watching, I do not think you killed Jeffrey Epstein. But you did screw us in the 1972 Olympics basketball final.
PS—Thank you for helping us win World War II. And for Tolstoy. He’s good.

Kaczynski continued to scrutinize Scarborough for amplifying “misinformation and conspiracies,” but Scarborough is still blowing off those concerns:

Andrew, you really need to relax, learn how to apply context, and also learn how to use the word “their”. Your self-righteousness and hysteria over a passing tweet is something. And if anybody at my network has a problem with a tweet, they’ve got my number. https://t.co/F4sAsqOmNx