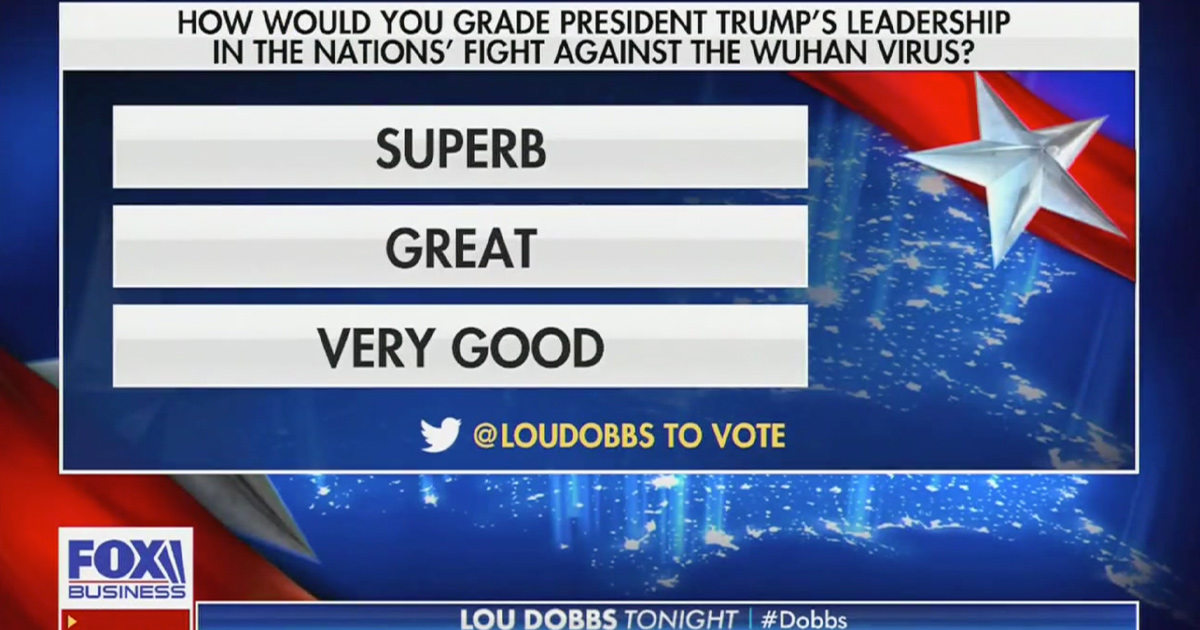 #LDTPoll: How would you grade President Trump’s leadership in the nation's fight against the Wuhan Virus… superb, great or very good? #KAG2020 #AmericaFirst #Dobbs

In the past year, Dobbs has gotten a lot of attention for his effusive, over-the-top praise of the president, including when he said “it will be century after century of veneration for this president” and “he’s already set a standard… for presidents that most mortals won’t be able to meet” and “it is a shame that this country which… is benefitting so much from this president’s leadership does not understand their obligations to the leader who is making it possible for all of us.”