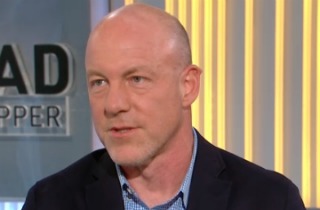 Most of D.C. is excited for the White House Correspondents Dinner tonight, but the man who chronicled This Town isn’t that big a fan. Journalist Mark Leibovich told Jake Tapper on Friday he’s amazed that “#nerdprom” still exists because of how reviled the nation’s capital is.

Leibovich explained, “There’s not a lot to celebrate. I mean, the rest of the country does not look with great esteem upon our city, and yet over a five-day period… $50 million or so are spent like on entertainment, transportation, hospitality, food.”

He told Tapper it “sends, maybe, a troubling image,” and pointed out how The New York Times has boycotted the dinner for years. Tapper pointed out that part of the point of the dinner is to give out media scholarships, but Leibovich said if they didn’t hold the fancy dinner they could easily have money for more of them.

Update –– 8:42 p.m.: Leibovich engaged in a bit of mockery today, hosting a media ethics panel at the same hotel as the dinner.

Still waiting for first attendee at WHCD media ethics colloquy at Hilton.. where Is everyone?? pic.twitter.com/tV02ePge7J

By the way, following WHCD Media Ethics Colloquy — attendance zero — we will be repairing to after-party, sponsored by Dioxin Foundation