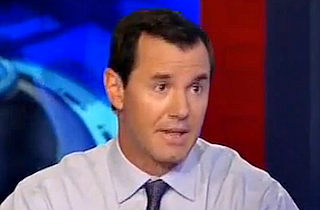 Mediaite’s Joe Concha appeared on Fox News Watch Saturday to discuss the media’s treatment of race on the fiftieth anniversary of the March on Washington, arguing that the media was keeping a “scorecard” of race-based crimes that prioritized the racial elements for political points.

“What we’re seeing from the media more, and this is on both sides, is we’re trying to find racial motive within every kind of murder, as long as it’s white on black or black on white,” Concha said.

“So if it’s George Zimmerman, for instance, they made that into a white on black crime, even though George Zimmerman was termed a ‘white Hispanic,’ whatever that may be. Fast forward to Chris Lane, the college student form Oklahoma, who was shot in the back, police say by a black suspect, and the World War II veteran in Washington beaten by, supposedly, two black men. So you have this scorecard coming out, and what the conservative media now is trying to do is Trayvon Martin in reverse—’See, this happens the other way.'”

“The problem is we’re attaching race as a motive to any white on black crime or any black on white crime,” Concha concluded. “And that’s a very dangerous way to go, because it could have just been a crime that happened to two people, somebody murders somebody else indiscriminately without race bieng involved.”