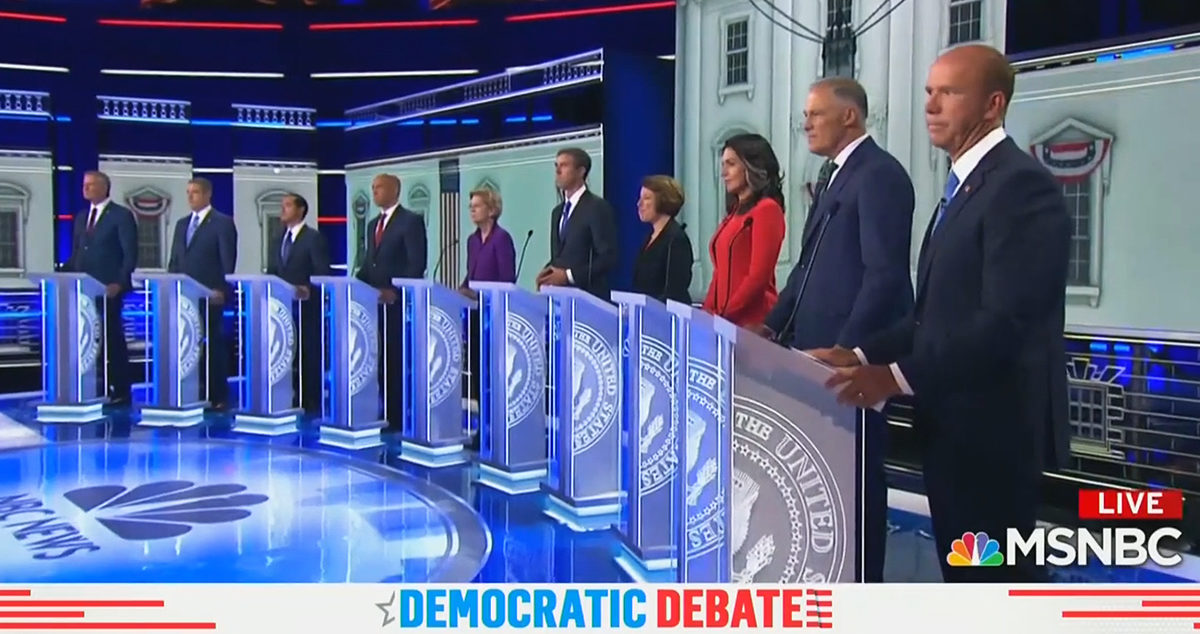 NBC’s second round of DNC primary debates marked another massive ratings success for the network, with the Thursday night “Group of Death” between the party’s top contenders ringing in as the top-rated Democratic debate in history.

The Thursday night ratings set a new record with 18.1 million viewers  — nearly three million more than Wednesday night, which nearly broke the party’s primary debate record itself. The Nielsen data notched 3 million viewers in the 25-54 demo and 4.4 million in the key 18-49 demo. The network announced another 9 million viewers on top of their TV numbers.

Still, 18.1 million is a far cry from Fox News’ primary debate record, which they set with 24 million viewers during a 2015 Republican contest featuring Donald Trump and the nine Republican candidates he went on to defeat.

As for their Wednesday night ratings, while simultaneously airing on NBC, MSNBC, and Telemundo, NBC pulled in 15.2 million viewers, according to data published by Nielsen.