No, Kavanaugh Did Not Say He Couldn't Have Assaulted Anyone Because He Was a Virgin

No, Kavanaugh Did Not Say He Couldn’t Have Assaulted Anyone Because He Was a Virgin 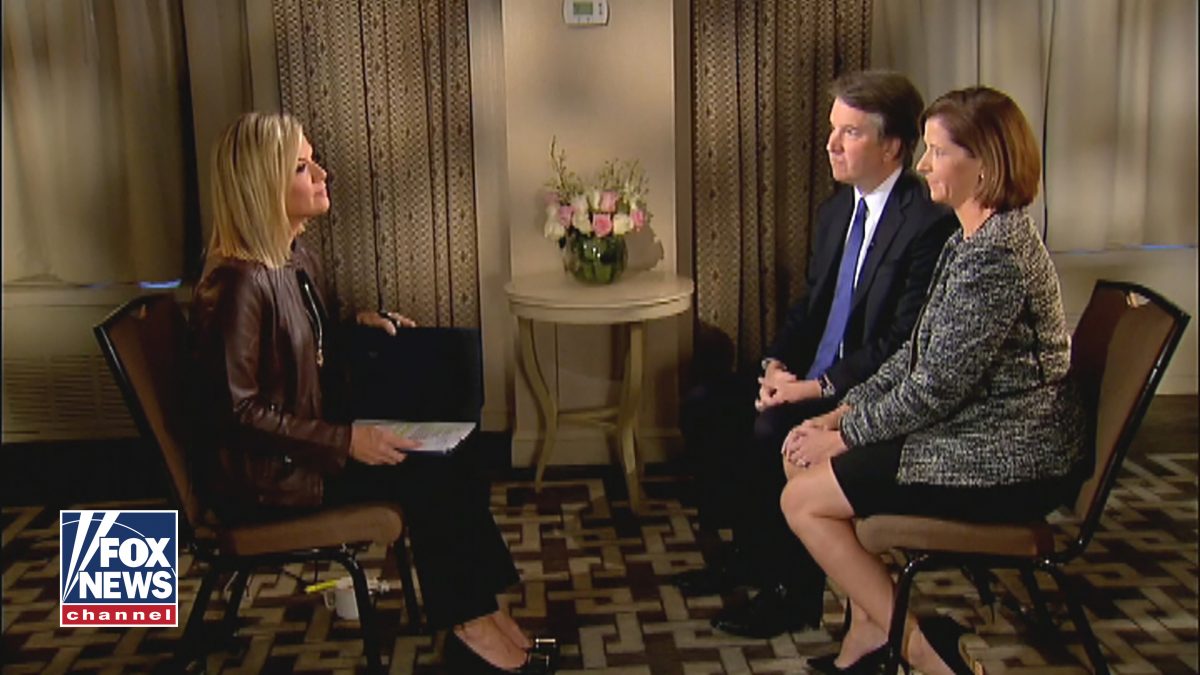 The internet went wild with mockery on Monday night in response to one part of Brett Kavanaugh‘s Fox News interview: His claim, defending himself against sexual misconduct allegations, that he was a virgin throughout high school and college.

When Fox News first released preview clips of his interview, they included only his answer to Martha MacCallum‘s question:

KAVANAUGH: We’re talking about an allegation of sexual assault. I’ve never sexually assaulted anyone. I did not have sexual intercourse or anything close to sexual intercourse in high school or for many years there after. And the girls from the schools I went to and I were friends —

MACCALLUM: So you’re saying that through all these years that are in question, you were a virgin?

Many outlets and Twitter users rushed to the conclusion that Kavanaugh was responding to Christine Ford or Debbie Ramirez‘s allegations with his virgin defense. If true, that would be an absurd defense: Ford has accused Kavanaugh of attempted rape, and Ramirez has accused him of exposing himself to her and thrusting his penis in her face. Neither alleged act would have robbed Kavanaugh of his virginity.

Kavanaugh now claims he couldn’t have assaulted Dr. Christine Blasey Ford because he was a virgin during high school and college https://t.co/qJhLk2DPmj

But the full Fox News interview reveals Kavanaugh was not referring to the Ford and Ramirez allegations. He was responding to Michael Avenatti‘s claim to have evidence he participated in “gang rape” in the early 1980s.

MACCALLUM: Michael Avenatti says that he has significant evidence and another accuser, who claims that you and Mark Judge, at multiple house parties in the Washington D.C. area during the 1980s, would participate in the targeting of women with alcohol and drugs to allow a train of men to subsequently gang-rape them.

There are multiple witnesses that will corroborate these facts, and each of them must be called to testify publically. Did you ever participate in or where you ever aware of any gang-rape that happened at a party that you attended?

KAVANAUGH: That’s totally false and outrageous. I’ve never done any such thing, known about any such thing. When I was in high school – and I went to an all boys catholic high school, a judgment (ph) high school, where I was focused on academics and athletics, going to church every Sunday at Little Flower, working on my service projects, and friendship, friendship with my fellow classmates and friendship with girls from the local all girls Catholic schools.

And yes, there were parties. And the drinking age was 18, and yes, the seniors were legal and had beer there. And yes, people might have had too many beers on occasion and people generally in high school – I think all of us have probably done things we look back on in high school and regret or cringe a bit, but that’s not what we’re talking about.

Kavanaugh did not claim that he couldn’t have assaulted Ford and Ramirez because he was a virgin in high school and college. He was responding to an allegation he participated in gang rape.