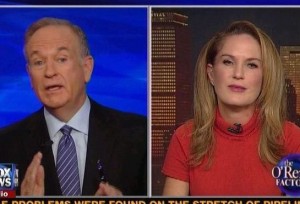 Following Tuesday night’s presidential town hall debate, Bill O’Reilly noticed that many women were not happy with Romney’s now-infamous comment about being presented with “binders full of women” when he was the governor of Massachusetts. Wendy Murphy, who was part of Romney’s involvement with the MassGAP project years back, said Romney did not wait for women’s groups to send him documentation, he actively sent out his lieutenant governor to meetings with these groups. O’Reilly said that the controversy over Romney’s debate remark was “insane.” Murphy wondered why any woman would object to Romney doing something good for women.

RELATED: Mika Brzezinski Calls Out Mitt Romney For Lying About Seeking Out ‘Binders Full Of Women’

Women’s activist Erica Payne argued that Romney sounded like he was looking for women to add to his harem and called the comment “moderately offensive,” though she did admit to agreeing with the concept of the program. Payne said that Romney used the “smoke screen” of the binders to claim that he hired a large number of women during his gubernatorial tenure.

O’Reilly continued saying Payne’s viewpoint was crazy, saying that liberals are being too partisan in going after Romney for a “good thing” he did just because he “used the word ‘binder.'” Murphy said many women’s rights groups are less interested in women’s rights than being “shill groups” for the Democratic party. Payne pushed back against Murphy and said she doesn’t want to be treated like a “second-class citizen.”