‘Panther’ Stadium: Is Wolf Blitzer In Cahoots With Fox News To Cover For Democrats?
Video

‘Panther’ Stadium: Is Wolf Blitzer In Cahoots With Fox News To Cover For Democrats? 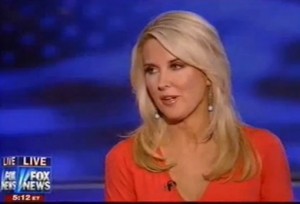 The conservative website Redstate.com has launched a bizarre attack on CNN omni-anchor Wolf Blitzer that uses a 15 second bump-in from commercial to accuse Wolf of taking “marching orders” from the Democrats “not to call it Bank of America Stadium.”

In the brief clip, Blitzer refers to “the big, outdoor football stadium” that will be the location for President Obama‘s speech before the Democratic National Convention’s delegates. If Blitzer’s a DNC shill, though, then so is Fox News.

It is true that the Democrats have made an effort to downplay the corporate sponsor of the big night’s venue, which was noted with some amusement on Sunday’s Up with Chris Hayes, by host with the epony-most Chris Hayes:

Ha-ha, “Panther Stadium,” “the football stadium,” those Dems will do anything to avoid saying “Bank of America Stadium,” won’t they? Then here comes Wolf Blitzer, taking his marching orders:

Sure, a sane person would note that Blitzer was specifically talking about the weather forecast, which made it perfectly natural that he call Bank of America the “big outdoor football stadium,” but that’s just what a secret DNC shill would want you to think! Also, ignore the fact that CNN has been referring to it as “Bank of America Stadium” on the air since early last week, and that they also reported on the Democrats’ effort to distance themselves.

What “Redstate TV” (which, if I’m not mistaken, only comes in clearly if you watch it on a small black-and-white television that’s sitting atop a larger color TV that no longer works) doesn’t tell you is that Fox News is apparently in on the conspiracy, specifically America’s Newsroom anchor Heather Childers:

Maybe “Redstate TV” ought to stick to Hee Haw reruns, and leave media criticism to the professionals.