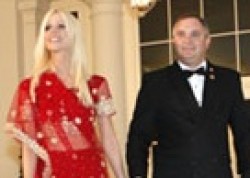 I’ve been reading and re-reading the story of the “crashers”  and all of the related stories about Reality TV.

While the couple is described as auditioning for a Bravo TV series, and Bravo goes out of their way to say that, there won’t be final casting decision for “months”. That just isn’t how Reality TV works.

First, a bit of history.

I know about this business. While I’m happy to say that I’m not in the current crop of Reality TV shows, I both produced and executive produced many of the early shows that evolved into Reality TV.  Among them,  ‘Dog Days‘ for Animal Planet, ‘iWitness‘ for CBS eye on people,  and ‘Real ER‘ for Discovery.

Reality began as documentary, telling real stories with real characters.  Then as the importance of the genre grew there began to be the concept of ‘casting’  for documentaries.  For those of us who came from the pure documentary genre – the idea was pretty abhorrent.  But for cable execs the idea that there were attractive ‘characters’  that could make your documentary more appealing seemed harmless enough.

Flash forward,  and we have families staging fake emergencies of their children being taken aloft in a balloon. This  seems entirely predictable if you go back to Paddy Chayefsky‘s remarkably prescient film ‘Network‘.

For those of you who’d like a brief reminder (if you haven’t seen the movie, you MUST stop reading this post and find a copy or download it at once – it is beyond significant…)


In the farmhouse of the Ecumenical Liberation Army in one of the film’s most outrageous scenes, lawyers and agents are discussing lengthy, legalese contracts regarding their interpretations of production fees with Great Ahmed Khan and Lauree Hobbs. Exploding in anger, Laureen refuses to lower her distribution charges. When Mary Ann Gifford (Kathy Cronkite) and Laureen are embroiled in an argument and Gifford yells “You f–kin’ fascist!”, Khan fires his pistol into the air to silence both of them: “Man, give her the f–kin’ overhead clause!”

Diana Christensen (UBS Network Programing Exec: “Look, we’ve got a bunch of hobgoblin radicals called the Ecumenical Liberation Army who go around taking home movies of themselves robbing banks. Maybe they’ll take movies of themselves kidnapping heiresses, hijacking 747’s, bombing bridges, assassinating ambassadors. We’d open each week’s segment with that authentic footage, hire a couple of writers to write some story behind that footage, and we’ve got ourselves a series.”

George Bosch: A series about a bunch of bank- robbing guerillas?

Max Schlesinger (aging Network Executive): What’re we going to call it –the Mao Tse Tung Hour?
Diana: Why not? They’ve got Strike Force, Task Force, SWAT — why not Che Guevara and his own little mod squad? Listen, I sent you all a concept analysis report yesterday. Did any of you read it? Well, in a nutshell, it said the American people are turning sullen. They’ve been clobbered on all sides by Vietnam, Watergate, the inflation, the depression. They’ve turned off, shot up, and they’ve fucked themselves limp. And nothing helps. Evil still triumphs over all, Christ is a dope-dealing pimp, even sin turned out to be impotent. The whole world seems to be going nuts and flipping off into spacelike an abandoned balloon. So– this concept analysis report concludes — the American people want somebody to articulate their rage for them. I’ve been telling you people since I took this job six months ago that I want angry shows. I don’t want conventional programming on this network. I want counter-culture. I want anti-establishment. [She closes the door] Now, I don’t want to play butch boss with you people. But when I took over this department, it had the worst programming record in television history. This network hasn’t one show in the top twenty. This network is an industry joke. We better start putting together one winner for next September. I want a show developed, based on the activities of a terrorist group. Joseph Stalin and his merry band of Bolsheviks. I want ideas from you people. And, by the way, the next time I send an audience research report around, you all better read it, or I’ll sack the fucking lot of you, is that clear?

(later in the film) The narrator describes further developments regarding the Mao Tse Tung Hour “The Mao Tse Tung Hour went on the air March 14th. It received a 47 share. The network promptly committed to fifteen shows with an option for ten more. There were the usual contractual difficulties.”

This is 1976 – and more than 30 years ago – and already the idea that networks could exploit the real world activities of fringe groups – and provide them with an incentive (ie:  a Network TV series)  to rob banks seemed far fetched. Or not.

But the idea that networks don’t have a very active role in what happens in front of their cameras is simply naive.

Which brings me to The White House Gate Crashers – Michaele and Tareq Salahi.

Something about the story doesn’t add up. Half Yard Productions,  the contractors who were working for Bravo claim they were auditioning – unless there’s been a huge change in the way reality shows are cast – no network is putting up funds to shoot live auditions of potential cast members… the daily cost of crews would make this kind of full blown test shooting a budget buster.  More to the point,  at some moment during the shoot it became clear to the crew that  the Salahi’s didn’t have an invite.

The New York Times reported that Mrs. Salahi went to the posh Erwin Gomez salon to have her hair done, followed into the salon by a BRAVO camera crew. This is the same salon that did her hair and makeup for her wedding. She has yet to pay a tab for thousands of dollars to the salon for that event and seems to feel that the salon should comp her service. The salon’s creative director, James Packard-Gomez, asked Mrs. Salahi to show him her White House invitation and she could not produce it.

This should have been a clue to the Bravo Crew that they were likely to be videotaping the commission of a crime (Trespassing)  and perhaps their cameras were helping to create the illusion.  After all,  would the salon have comped her if they’d been told they were ‘auditioning’  rather than being videotaped for broadcast on Bravo?  NBC reported more than two months ago that casting had been completed and that filming had begun,  with  Mrs. Salahi in the ‘cast’.  Politics Daily confirmed the casting back in October.

As long as networks reward outrageous and illegal behavior with the exposure and stardom that comes along with Network Television exposure,  you’re going to see more and more people willing to do anything for their 15 minutes of fame.  While news crews routinely witness and record criminal behavior without crossing the line into aiding and abetting criminals,  where is the line for entertainment producers? Do they have a responsibility to turn the camera off or call the authorities when it becomes clear that their presence is encouraging or dangerous and potentially criminal behavior?

I’d bet money that Michaele and Tareq Salahi will be arrested for trespassing.  Balloon dad Richard Heene and his wife Mayumi have been arrested for perpetrating a hoax.

But those who encourage or even instigate this behavior have so far remained unnamed and untouched. Perhaps with the White House Gate Crashers – that may change.

Back to 1976-  and as the network executives face Howard Beale’s declining ratings:

Frank Hackett (Network CEO): Well, the issue is: Shall we kill Howard Beale, or not? I’d like to get some more opinions on that.
Diana Christensen (UBS Head of Programing): I don’t see we have any options, Frank. Let’s kill the son-of-a-bitch.

Steve Rosenbaum is the CEO of the video platform Magnify, a former magician, and an innovator in the new media space.