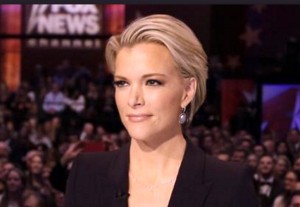 According to a report from New York Magazine‘s Gabriel Sherman, Fox News host Megyn Kelly told investigators that she was once sexually harassed by Fox CEO Roger Ailes.

The story comes the day after Sherman reported that Ailes would soon be let go by Fox executives following a sexual harassment lawsuit from former host Gretchen Carlson. According to two of Sherman’s sources, the final straw was the testimony from network star Kelly, who alleged that Ailes “made unwanted sexual advances” when she was still a cub reporter ten years ago. Ailes supposedly has until August 1 to voluntarily step down before he is fired for cause.

Meanwhile, according to Sherman, Ailes and his team are engaged in a behind-the-scenes campaign badmouthing Kelly to reporters. In particular, Sherman points to a Daily Beast story, “Colleagues Mad That Megyn Kelly Isn’t Speaking Up for Roger Ailes,” which questioned why Kelly had not defended Ailes publicly.

Kelly has been notably silent throughout the entire ordeal, even as many female Fox hosts spoke out on Ailes’ behalf calling the charges bogus. However, other former female employees speaking on the condition of anonymity said they believed Carlson’s claims were likely accurate.