President Donald Trump attacked Fox News for having the “worst polls” on Friday after the network displayed a graphic which showed he’s more unpopular than every Democratic presidential candidate currently in the race.

“Worst Polls, just like in 2016 when they were so far off the mark, are the @FoxNews Polls,” said Trump on Twitter. “Why doesn’t Fox finally get a competent Polling Company?”

Worst Polls, just like in 2016 when they were so far off the mark, are the @FoxNews Polls. Why doesn’t Fox finally get a competent Polling Company?

Just before President Trump’s tweet, Fox News had displayed a poll that showed the president below every major Democratic candidate. 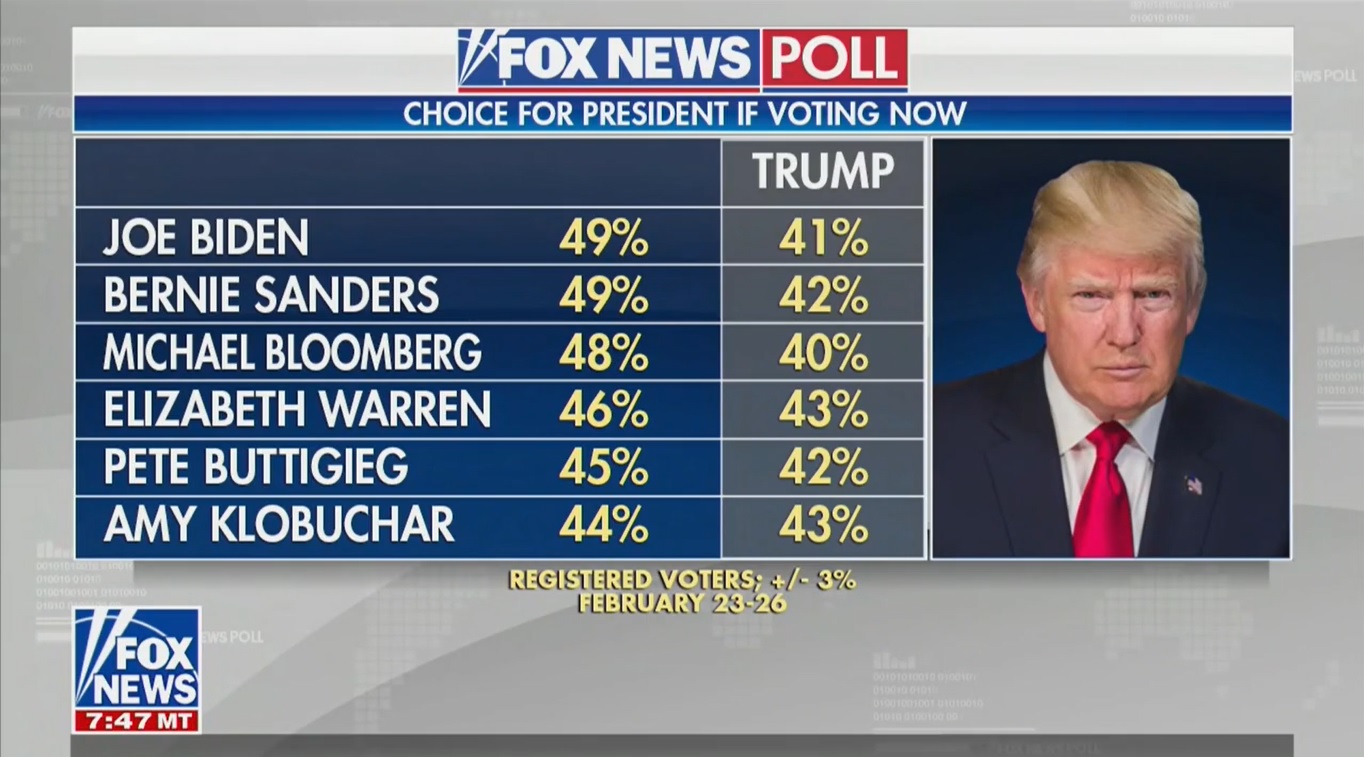 President Trump has repeatedly attacked Fox News over the past few months and even predicted the demise of the network after it hosted Democrats on its shows.

“Really pathetic how @FoxNews is trying to be so politically correct by loading the airwaves with Democrats like Chris Van Hollen, the no name Senator from Maryland,” remarked the president in January. “He has been on forever playing up the Impeachment Hoax. Dems wouldn’t even give Fox their low ratings debates… So, what the hell has happened to @FoxNews.”

“Only I know! Chris Wallace and others should be on Fake News CNN or MSDNC. How’s Shep Smith doing? Watch, this will be the beginning of the end for Fox, just like the other two which are dying in the ratings,” he continued, concluding, “Social Media is great!”

“Could somebody at @foxnews please explain to Trump hater A.B. Stoddard (zero talent!) and @TeamCavuto, that I won every one of my debates, from beginning to end,” he wrote on Twitter last week. “Check the polls taken immediately after the debates. The debates got me elected. Must be Fox Board Member Paul Ryan!”

Trump attacked Cavuto again the following day, adding, “So @TeamCavuto has very bad ratings on @foxnews with his Fake guests like A.B.Stoddard and others that still haven’t figured it all out. Will he get the same treatment as his friend Shepherd Smith, who also suffered from the ratings drought?”