It looks like The Tonight Show Starring Jimmy Fallon has its first faux-controversy. U.S. Olympic bobsled team member Steven Holcomb decided to fire back at Jimmy Fallon Tuesday over a joke he made in the Sochi Winter Olympics Superlatives bit during his debut last night.

Fallon showed his audience the photo below, labeling Holcomb “Most likely to find an old hot wing in his pocket.” He added, “Teriyaki, yeah!” 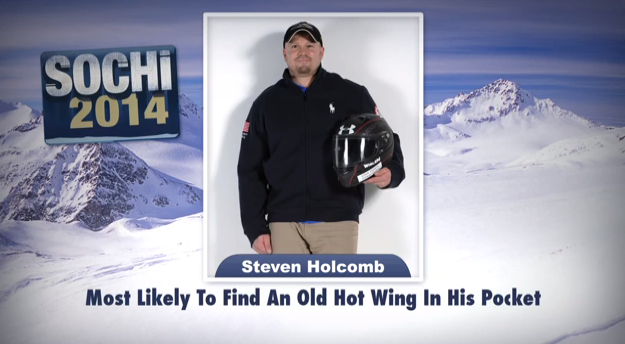 During an appearance on The Dan Patrick Show Tuesday, Holcomb said, “I actually did offer Jimmy a ride [in the bobsled] at the beginning of the season and he declined. He said he was scared.”

“It is what it is, he tried to take a jab at me and that’s fine,” the bobsledder added. “It happens. We’ll work something out.” After the show, Holcomb tweeted out this more light-hearted expression of the offense he supposedly took at Fallon’s joke:

I'm a little offended @jimmyfallon. Seriously, how dare you assume I'm a teriyaki wing guy? I only eat Buffalo style.

Earlier this week, Holcomb won bronze in the two-man bobsled with partner Steven Langton, marking the first time the U.S. has medaled in the two-man event since 1952.

But really, if anyone should be offended by Fallon’s bit last night, it should be British figure skater David King, AKA “Lesbian Screech.” 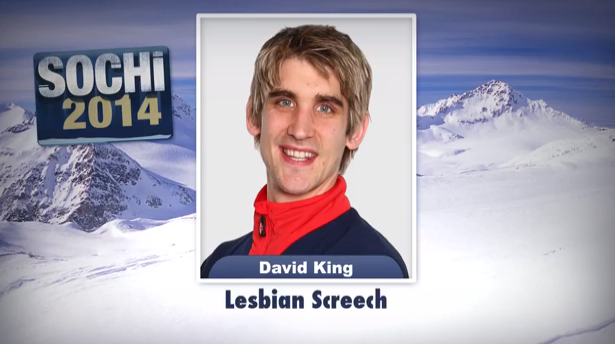