Former Obama senior advisor Valerie Jarrett has responded to the racist tweet Roseanne Barr hurled at her that led to ABC making the serious move of actually canceling Roseanne. 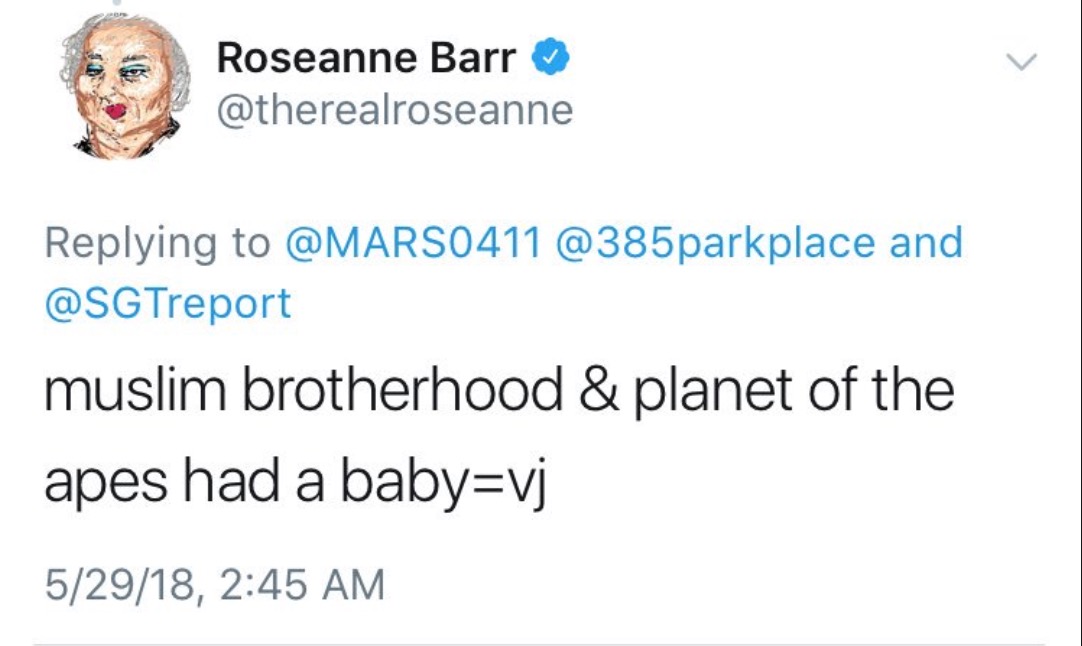 She attempted to defend her comment as a “joke,” but she ended up apologizing. But that appears to have been the final straw for ABC.

Jarrett is part of MSNBC’s Everyday Racism in America town hall — taping this afternoon and airing tonight at 9 pm ET. The town hall is being hosted by Chris Hayes and Joy Reid.

And at one point, Jarrett––in video already released by MSNBC––addressed Barr’s attack:

I think we have to turn it into a teaching moment. I’m fine. I’m worried about all the people out there who don’t have a circle of friends and followers who come right to their defense––the person who’s walking down the street minding their own business and they see somebody cling to their purse or want to cross the street. Or every black parent I know who has a boy who has to sit down and have a conversation––the talk, as we call it. As you say, those ordinary examples of racism that happen every single day. And I think that’s why I’m so glad to be here this evening talking with all of you.

Nicolle Wallace played the clip and praised Jarrett for her grace under fire.