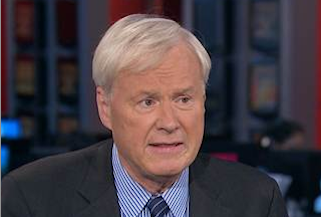 On day two of the government shutdown, Hardball with Chris Matthews had the highest number of total viewers across MSNBC’s schedule. Additionally, Matthews tied Rachel Maddow for the #1 spot in the 25-54 demo on the network. With 322K viewers in the demo, Matthews beat Fox’s Studio B (284K) and CNN’s Out Front with Erin Burnett (272K). Shepard Smith was off last night.

Matthews had 1.410M total viewers during his 7pm hour, making his the most-watched show on MSNBC. Maddow was second with 1.210M.