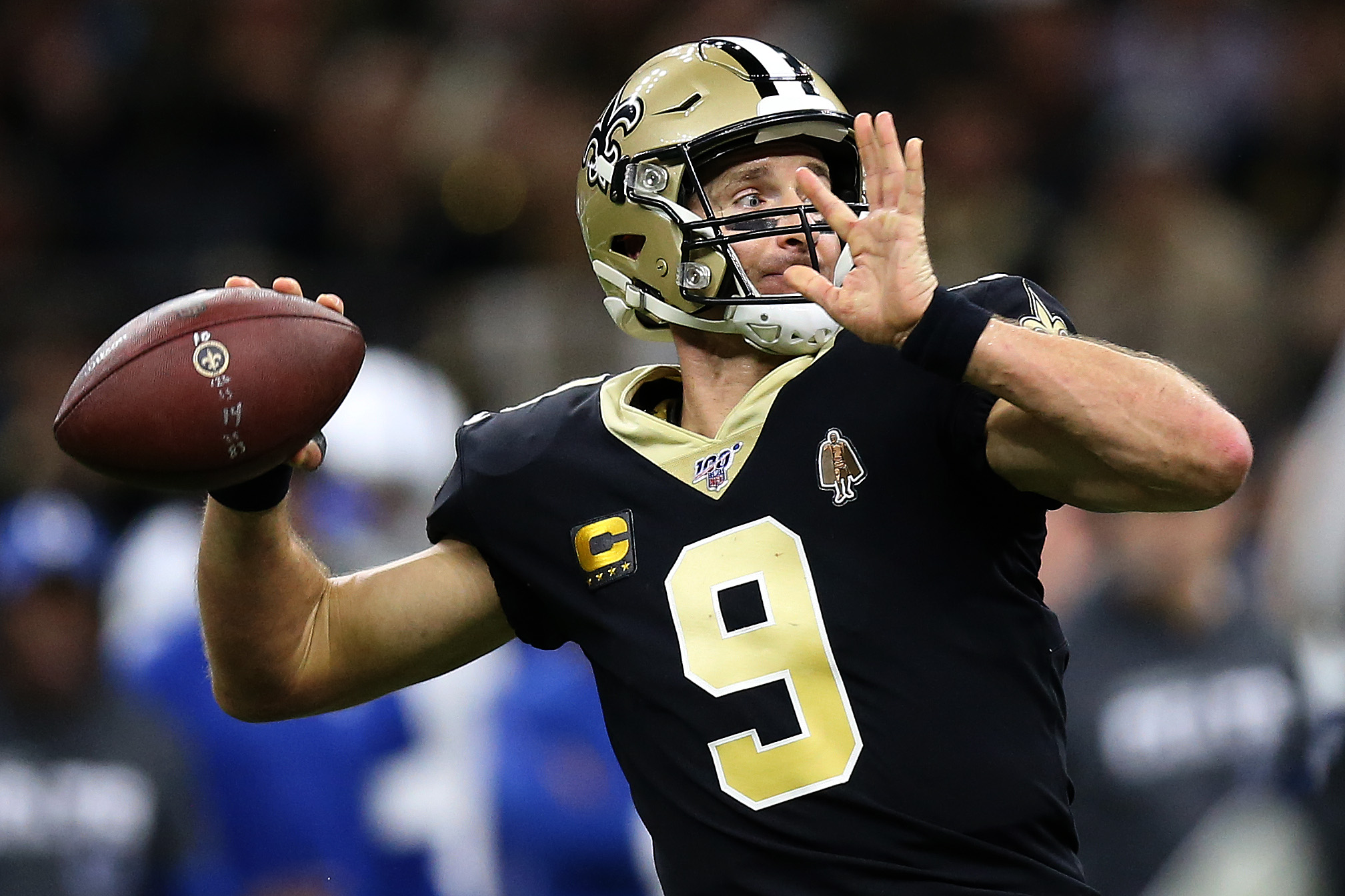 New Orleans Saints quarterback Drew Brees is facing backlash after an interview with Yahoo, in which he said he still opposed NFL players taking a knee during the national anthem.

Yahoo Finance reporter Daniel Roberts asked Brees for his thoughts about “players kneeling again when the NFL seasons starts, ” as “a lot of people expect we will see.” Roberts prefaced the question by framing the protests, led by former San Francisco 49ers quarterback Colin Kaepernick, as “always being about police brutality.”

“I will never agree with anybody disrespecting the flag of the United States of America or our country,” replied Brees, who also talked about sacrifices made by members of the American military and civil rights activists, concluding that “standing there and showing respect to the flag with your hand over your heart” was a better idea, because it “shows unity.”

Highlight: @readdanwrite asks @drewbrees what the star NFL quarterback thinks about "players kneeling again when the NFL season starts."@drewbrees: “I will never agree with anybody disrespecting the flag of the United States of America or our country.”

The full transcript of Brees’ answer:

I will never agree with anybody disrespecting the flag of the United States of America or our country. Let me just tell what I see or what I feel when the national anthem is played and when I look at the flag of the United States. I envision my two grandfathers, who fought for this country during World War II, one in the Army and one in the Marine Corp. Both risking their lives to protect our country and to try to make our country and this world a better place.

So every time I stand with my hand over my heart looking at that flag and singing the national anthem, that’s what I think about. And in many cases, that brings me to tears, thinking about all that has been sacrificed. Not just those in the military, but for that matter, those throughout the civil rights movements of the ‘60s, and all that has been endured by so many people up until this point.

And is everything right with our country right now? No, it is not. We still have a long way to go. But I think what you do by standing there and showing respect to the flag with your hand over your heart, is it shows unity. It shows that we are all in this together, we can all do better and that we are all part of the solution.

Unsurprisingly, after a week of protests following the killing of George Floyd by Minneapolis police officers, Brees’ comments drew a loud and swift backlash — including from at least two of his own teammates.

He don’t know no better.

We don’t care if you don’t agree and whoever else how about that.

#DrewBrees was trending on Twitter throughout Wednesday afternoon, with the vast majority of the tweets condemning Brees’ comments.

Drew Brees brought up his grandfathers serving in the military as if mine didn’t fight in WW2 too and come right back to the kind of conditions domestically that inspire people to kneel today. https://t.co/kWcCXXgRB7

L.A. Lakers star LeBron James harshly slammed Brees in a tweet, questioning how Brees still couldn’t understand why Kaepernick was kneeling, and rejecting the argument it was disrespectful to the flag or our military:

WOW MAN!! ??‍♂️. Is it still surprising at this point. Sure isn’t! You literally still don’t understand why Kap was kneeling on one knee?? Has absolute nothing to do with the disrespect of ?? and our soldiers(men and women) who keep our land free. My father-in-law was one of those https://t.co/pvUWPmh4s8

men who fought as well for this country. I asked him question about it and thank him all the time for his commitement. He never found Kap peaceful protest offensive because he and I both know what’s right is right and what’s wrong is wrong! God bless you. ??✊??

Several others pointed out the apparent hypocrisy from Brees, who had posted on Instagram just the day before for #BlackOutTuesday, which was to show solidarity with the Black Lives Matter movement and support justice for Floyd and other victims of racism and police brutality.

He’s beyond lost. Guarantee you there were black men fighting along side your grandfather but this doesn’t seem to be about that. That uncomfortable conversation you are trying to avoid by injecting military into a conversation about brutality and equality is part of the problem https://t.co/ON81UsOWPw pic.twitter.com/HH3EVTIH8p

I’ve always been a huge #DrewBrees fan but I can’t support this man anymore… Wants to post on #BlackOutTuesday to seem like he cares but then gives this answer? Doesn’t even try to say anything meaningful, just playing the fence. You are either against the injustice or for it.. https://t.co/kW2rKdJcis

Drew Brees couldn’t even directly say he understood why Colin protested injustice nor that he understood the anger of many black americans. He just talked about what the flag means to him.

And Drew Brees had the nerve to post a Black Box on his IG yesterday. 70% of the Saints roster is Black and this is his response. When people show you who they are believe them cause he just doubled down on the same views he expressed around Colin Kaepernick. https://t.co/CcBBPfZ5j8