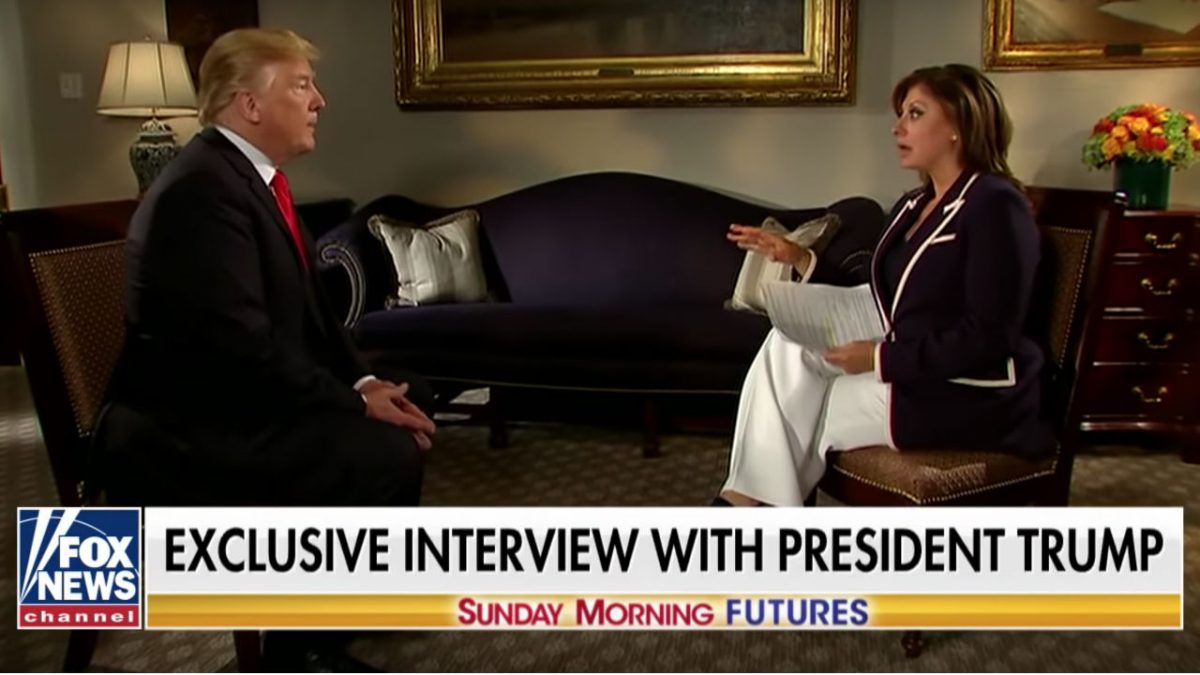 The Daily Beast recently reported on Bartiromo’s evolution into a very pro-Trump host on a very pro-Trump network. Recently, she actually said, “The DOJ, the FBI, the IRS, the CIA — they were all involved in trying to take down Donald Trump.”

Her interview with Trump addressed a number of serious topics and she asked substantive questions, but it wasn’t terribly hard-hitting.

TRUMP: My tax cuts are great.
BARTIROMO: “I agree”

TRUMP: No collusion.
BARTIROMO: “I know”

TRUMP: Wall Street & farmers trust me.
BARTIROMO: “They do”

TRUMP: My tariffs are great.
BARTIROMO: “You’re doing the right thing on pushing back on China”

Compare the student journalism in my last tweet to this. Can you call it an interview if someone says bravo to every claim, truth or lie? Bartiromo isn’t throwing softballs to Trump. She’s marking down every swing as a home run. https://t.co/qTKpEsIxVV

When someone tells you that Fox isn’t State Media, show them this -> https://t.co/7Gt83efs9O

When Trump supporters say the media is biased, they simply mean that most journalists don’t unequivocally agree with Trump when he makes false/subjective claims. Their vision of good journalism is Bartiromo’s sycophancy, which would fit in very well in authoritarian state media. https://t.co/c4WlyxwZy8

Business Insider, in reporting on the criticism earlier, received a statement from Fox Business president Brian Jones defending Bartiromo and the interview:

“Maria Bartiromo’s wide-ranging interview with President Trump made news on multiple fronts and elicited answers to numerous questions. We are proud of her hard work and continued success across each of her FBN and FNC programs.”