JUST IN: Rudy Giuliani Sued for Over $1 Billion By Dominion for Peddling ‘Demonstrably False’ Information Endangering Their Employees 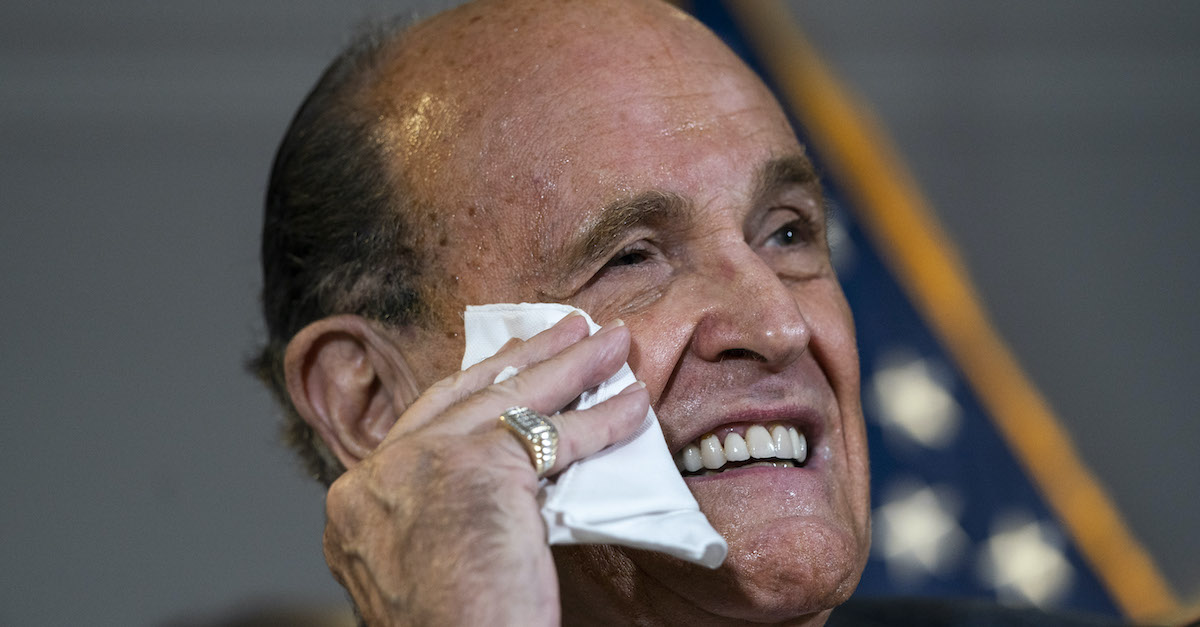 Dominion Voting Systems has filed a 107-page lawsuit accusing Rudy Giuliani of carrying out a disinformation campaign against its company, comprised of “demonstrably false” claims that endangered the health and safety of its employees.

In a publicly released statement, CEO John Poulos stated that “Rudy Giuliani actively propagated disinformation to purposefully mislead voters. Because Giuliani and others incessantly repeated the false claims about my company on a range of media platforms, some of our own family and friends are among the Americans who were duped.”

The 107-page lawsuit, filed in the Federal District Court in Washington, accuses Mr. Giuliani of carrying out “a viral disinformation campaign about Dominion” made up of “demonstrably false” allegations, in part to enrich himself through legal fees and his podcast.

The suit seeks damages of more than $1.3 billion and is based on more than 50 statements Mr. Giuliani made at legislative hearings, on Twitter, on his podcast and in the conservative news media, where he spun a fictitious narrative of a plot by one of the biggest voting machine manufacturers in the country to flip votes to President Biden.

Mr. Giuliani, one of Mr. Trump’s closest advisers and confidants, has faced continuing fallout for his highly visible efforts to reverse the election outcome. This month, the chairman of the New York State Senate’s judiciary committee formally requested that the state court system strip Mr. Giuliani of his law license.

In the weeks and months that followed the November 3rd election won by President Joe Biden, lawyers representing former President Donald Trump argued publicly that there was widespread election fraud. However, their arguments were never effectively presented in a court of law.

Chief among the baseless conspiracies unveiled at numerous press events and during various cable news appearances was that Dominion was somehow responsible for a stolen election. Of course, there is zero evidence that the election was stolen or that Dominion played any part in election malfeasance.

Read the full statement from Dominion below:

“The disinformation campaign waged against my company is what prompts this legal action today.

Rudy Giuliani actively propagated disinformation to purposefully mislead voters. Because Giuliani and others incessantly repeated the false claims about my company on a range of media platforms, some of our own family and friends are among the Americans who were duped.

Not only have these lies damaged the good name of my company, but they also undermined trust in American democratic institutions, drowning out the remarkable work of elections officials and workers, who ensured a transparent and secure election. The thousands of hand recounts and audits that proved machines counted accurately continue to be overshadowed by disinformation.

Giuliani continues to make demonstrably false claims, and we intend to hold him, and others who spread disinformation, to account. Although no amount of money will repair the damage done, we must pursue justice to expose how disinformation was maliciously created and purposely spread to deceive the American people.”