Matt Gaetz Shocks Twitter By Posting Photo of His Adopted Cuban Son: ‘I Am So Proud of Him’ 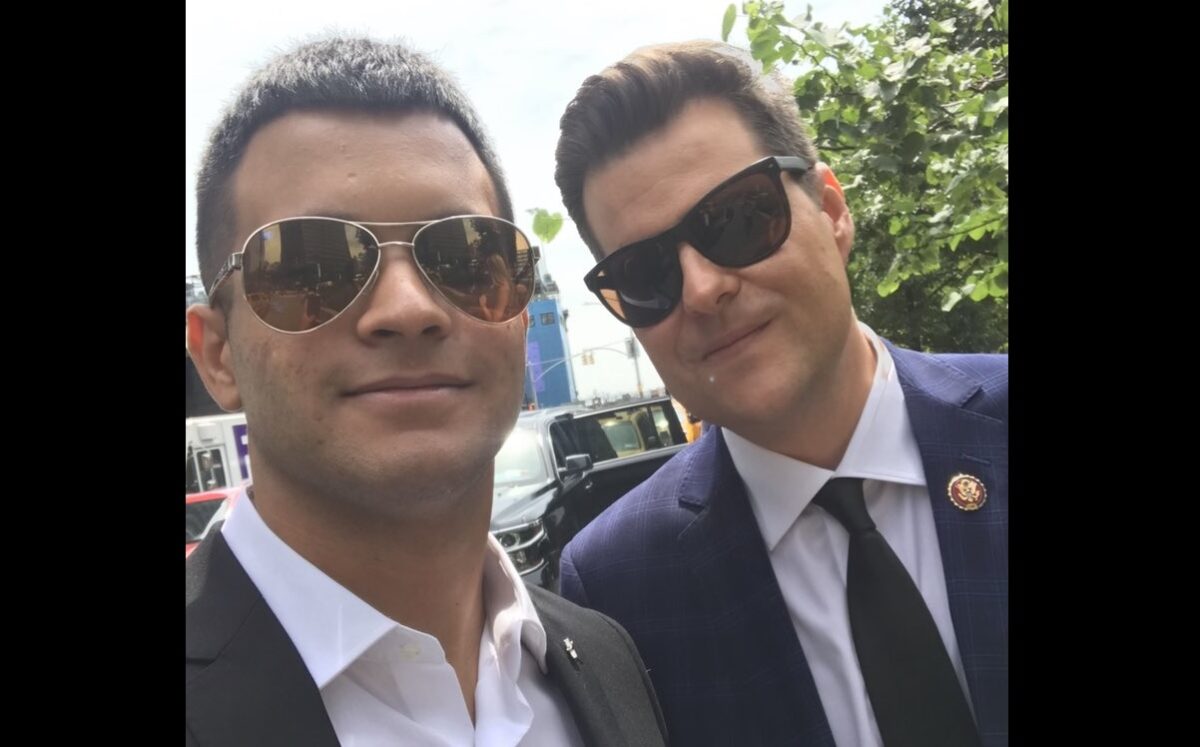 Congressman Matt Gaetz (R-FL) shocked Twitter on Wednesday when he posted a photo with a young man named Nestor, who he identified as his adopted son from Cuba, a day after he got into a heated exchange with Rep. Cedric Richmond (D-LA) at Richmond’s suggestion that Republicans do not understand what it’s like to worry about having a nonwhite son.

During the debate over a Democrat-sponsored police reform bill, Richmond spoke in support of the bill, saying that it addressed a “crisis” because people were dying, and said that perhaps his Republican colleagues were not understanding because of “unconscious bias” or even “at worst, it is conscious bias,” saying that while he was obviously aware of Republican congressmen with black grandchildren, “it is not about the color of your kids” but instead about “black males, black people in the streets getting killed…and if one of them happens to be your kid, I’m concerned about him too, and clearly I’m more concerned about him than you are.”

Gaetz took issue with Richmond’s suggestion that Republicans did not have nonwhite children, and the comment about being “more concerned” and shouted back at Richmond, “You’re claiming you have more concern about my family than I do — Who in the hell do you think you are?”

The video clip went viral Wednesday, with many articles and social media users questioning why Gaetz was so incensed, considering that he was unmarried and had no children.

Except, apparently, the second part of that is false.

Thursday afternoon, Gaetz posted a tweet with a photo of a young man he identified as his “son Nestor.”

“We share no blood but he is my life,” wrote Gaetz, who added that Nestor was 19 and had come to Florida from Cuba when he was 12.

“I am so proud of him and raising him has been the best, most rewarding thing I’ve done in my life,” Gaetz continued, adding that Nestor was heading to college soon.

For all those wondering, this is my son Nestor. We share no blood but he is my life. He came from Cuba (legally, of course) six years ago and lives with me in Florida.

I am so proud of him and raising him has been the best, most rewarding thing I’ve done in my life. pic.twitter.com/JB96wzOzYU

Nestor turned 19 a few days ago & will be off to University. He arrived here at 12.

As you can imagine, I was triggered when (to make an absurd debate point) a fellow congressman diminished the contributions of Republicans because we don’t raise non-white kids.

“As you can imagine,” Gaetz explained, “I was triggered when (to make an absurd debate point) a fellow congressman diminished the contributions of Republicans because we don’t raise non-white kids.”

Gaetz’s sister Erin Gaetz also posted several tweets sharing photos and videos of Nestor with their family, calling her brother “an incredible father to Nestor,” and sharing how proud she was of both of them.

Nestor came into our lives when he was 12 and had just lost his mother. He didn’t speak English, but luckily, Matt speaks Spanish.

Matt has been an incredible father to Nestor, who just graduated from high school and will be attending college in the fall. So proud of them both. https://t.co/n71SvN0Ep0

Also, this may be tough for @mattgaetz and I to admit, but Nestor is definitely the best athlete in the family! pic.twitter.com/R5YvkS2nC0

Here’s one of my favorite family photos from a few Easters ago. My dad, Matt and Nestor planting a smooch on my mama! pic.twitter.com/6iE2J0jwSE

Mediaite reached out to both the congressman and his sister for comment. Erin replied, “Matt’s the person to speak to about all things Nestor. But he’s an awesome kid that we are blessed to have in our family.” At the time of publication, Matt Gaetz had not replied.