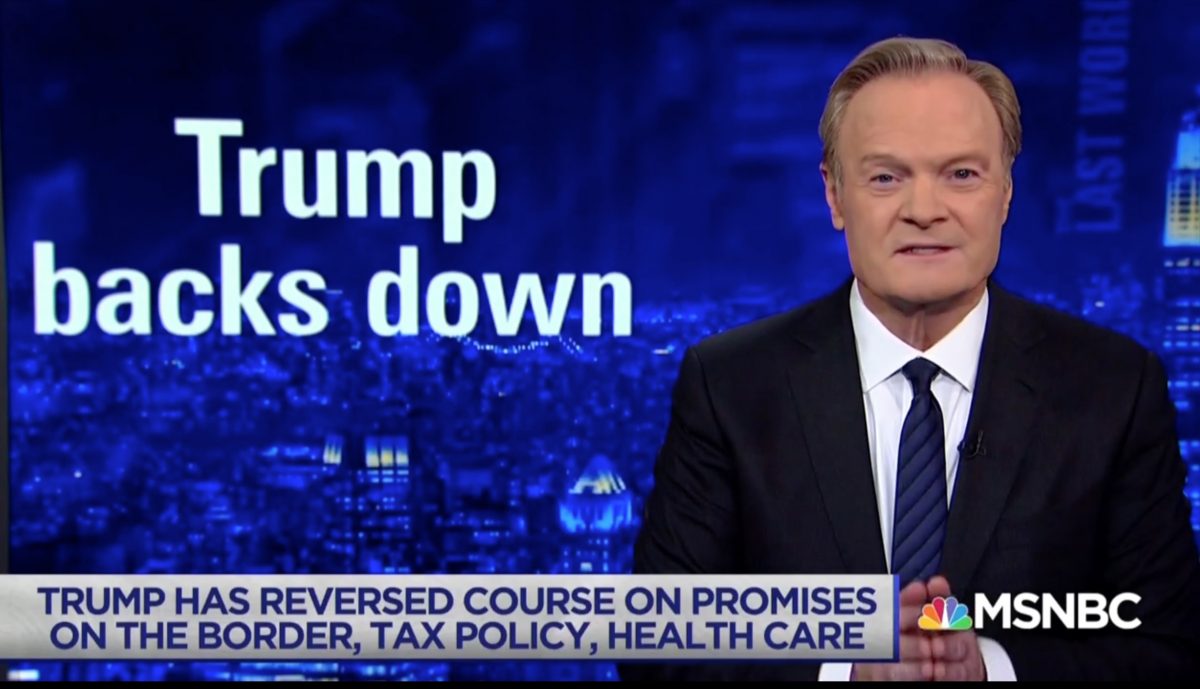 “We have never seen anything like it,” he said. “Donald Trump is the weakest president we have ever seen, because no president has ever backed down as often, or as fast, or as completely and weakly as Donald Trump.”

Brad Parscale, Trump’s 2020 campaign manager, got wind of the segment and responded online to O’Donnell:

Ha funny! So is @Lawrence a billionaire who won the Presidency with his cell phone and airplane? Just another journalist with a phony opinion to set their political narrative. I have actually negotiated with @realDonaldTrump and his family and know they are as tough as they come! https://t.co/KlAbj5kgZZ

“Just another journalist with a phony opinion to set their political narrative.”

Parscale clearly enjoys going after the media as much as the President himself does, having recently called for CNN’s Jim Acosta to lose his press credentials for shouting out questions during the North Korea summit.