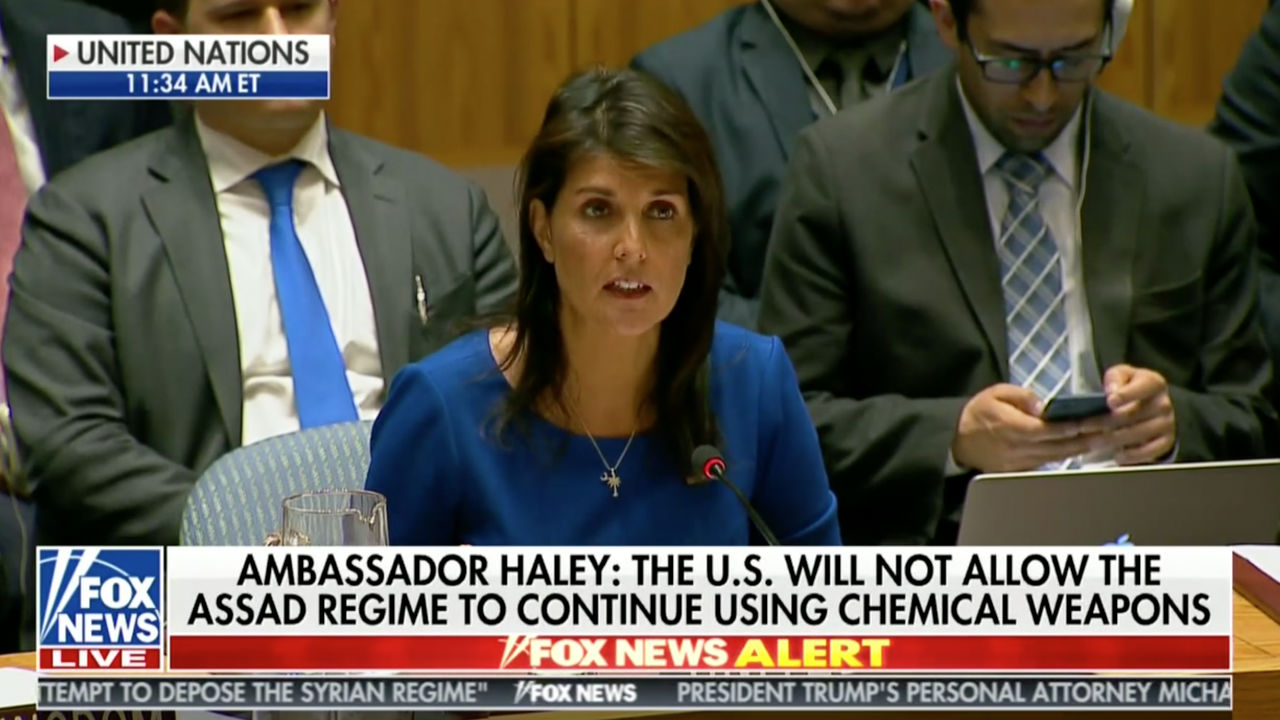 President Trump may have a bone to pick with yet another member of his administration: UN Ambassador Nikki Haley.

A new report from The New York Times alleges that the president “grew angry” at Haley’s Sunday show appearances, specifically when she stated that the U.S. would be placing fresh new sanctions against Russia. However, he supposedly is questioning her “political ambition, jealousy, resentment and loyalty.”

Since the firing of Secretary of State Rex Tillerson, Haley has become the face of foreign policy, especially since the chemical attack that took place in Syria. However, the White House has been keeping her out of the loop, which led to the public dustup between her and WH economic advisor Larry Kudlow.

But according to administration officials and insiders, he has “grown exasperated by her outspokenness” about Russian President Vladimir Putin.

Mr. Trump has grown suspicious of her ambition, convinced that she had been angling for Mr. Tillerson’s position and increasingly wondering whether she wants his own job.

Republicans close to the White House whisper about the prospect of an alliance between Ms. Haley and Vice President Mike Pence, possibly to run as a ticket in 2020.

Aides to both scoff at such suggestions, but the slightest hint of such a pairing would be likely to enrage Mr. Trump, who has made it clear that he plans to run for re-election. The talk was exacerbated in recent days when Mr. Pence named Jon Lerner, Ms. Haley’s deputy, as his new national security adviser, while allowing him to keep his job at the United Nations.