YouTube Star Shane Dawson Trending for All The Wrong Reasons: 'I Didn't F*ck My Cat'

YouTube Star Shane Dawson Trending for All The Wrong Reasons: ‘I Didn’t F*ck My Cat’ 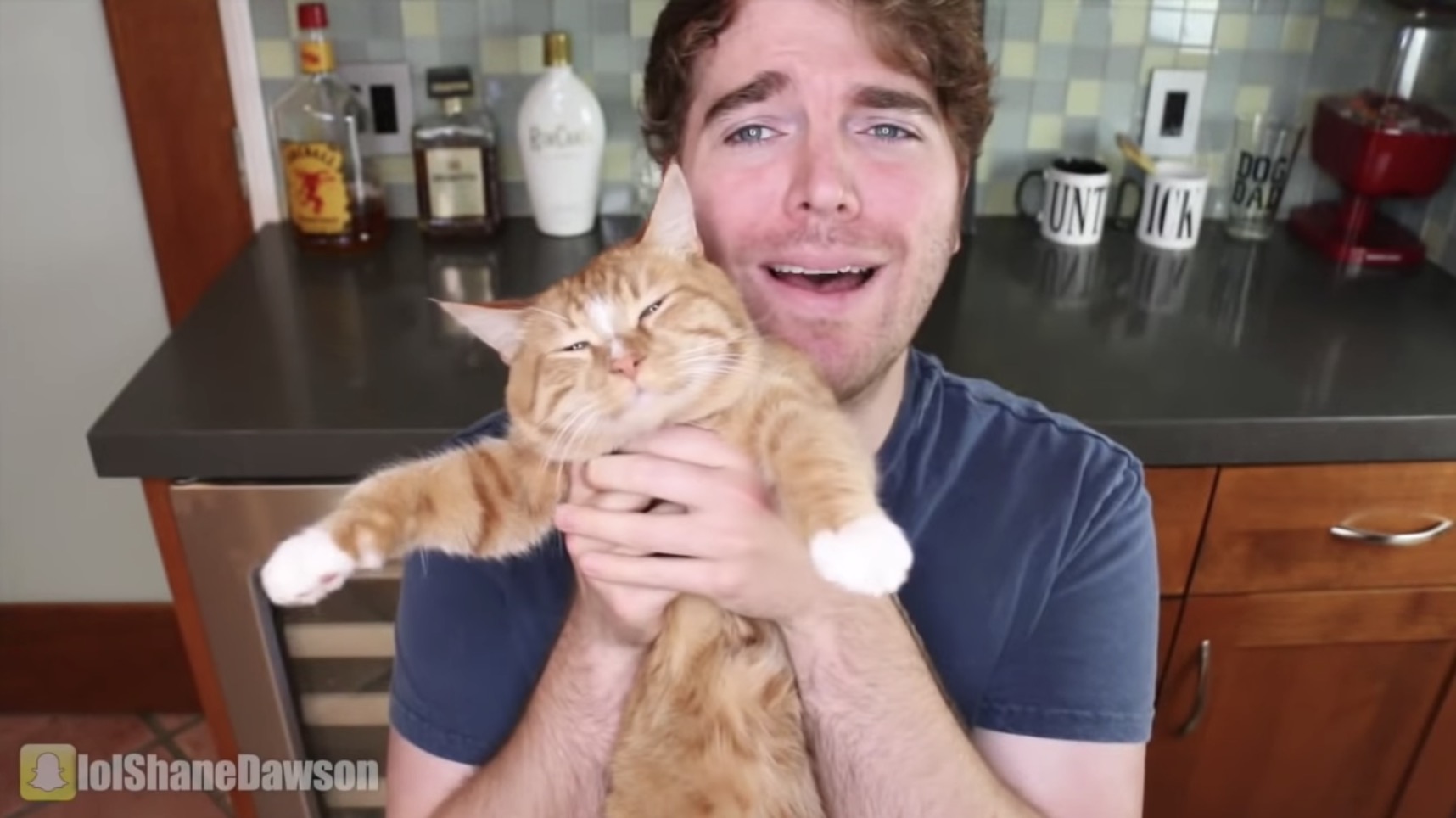 YouTube star Shane Dawson has had a rough 16 hours since Sunday evening when someone found a clip from his podcast from 2015 making a joke about having sexual relations with his cat. Dawson, known for his dark humor and “shock-style comedy,” often makes jokes that aren’t to be taken seriously. It seems the current social climate, however, is too stiff-minded for that.

After a clip of Dawson claiming to “come” on his cat went viral, the YouTube star was crucified by social media and online media outlets for purported animal abuse. Dawson had ended his cat joke by saying he would “never d[o] anything like that” to his cat, but the outrage mob didn’t seem to care. He vehemently apologized hours later.

I found the audio!! Shane Dawson came on his cat! WTF!!!!! This was on his podcast pic.twitter.com/6slFQRxIeE

can we just stop supporting shane dawson? to me black face pedophila or BEASTIALITY is never a joke. pic.twitter.com/xeDJUIwkjd

Shane Dawson’s cat when it sees PETA arrive at the front door pic.twitter.com/2ScTFQOma5

“i didnt f*ck my cat. i didnt put my d*ck anywhere my cat. Ive never done anything weird with my cats. I promised myself i wasnt going to make apology videos after last years thing so im just trying to be as short and honest with this as possible,” he tweeted, following up with a chain of explanations and sincere-sounding apologies about his joke.

ive apologized many times for all the dumb shit ive said in videos and podcasts over the years. ive learned my lesson over and over again and im more confident now in my ability to be entertaining by just being myself and not being so shocking for laughs.(2/?)

that story was fake and was based on a dumb awful sketch idea I had years ago that i never made (THANK GOD) and when the opportunity came up for a funny moment in the podcast I told it as if it was a real story which was DISGUSTING and VERY VERY DUMB (3/?)

my goal with the podcast and with my videos years ago was to tell shocking stories that would make people laugh and scream "OMG NO U DIDNT!!" and think i was "soooo crazy". its embarrassing and i fucking hate myself for it. (4/?)

now that im making stuff i love and im being myself it feels so much better and i finally feel like im putting stuff out into the world that means something. im not saying i hate everything ive made over the years (5/?)

theres so many things im so proud of. but all of my offensive jokes, over the top stories, and insensitive jokes are something that still haunt me and something I have to be faced with everyday on the internet. and it never gets easier. (6/?)

i feel like without my past i wouldnt be who I am today and i wouldnt be able to grow & spend my energy on things that actually mean something. this has been the best 2 years of my life & its because ive been able to drop the act & be myself. and im sorry for not doing it sooner

The podcaster said his segment about having sexual relations with his cat was based on a joke he’d thought of years earlier, before realizing it was a bad idea. It came up in the podcast when he was trying to elicit shocks and laughter, but he seemed to have immediately regretted saying it.

“its embarrassing and i f*cking hate myself for it,” he tweeted.

“Shane is one of the most thoughtful, kind hearted empathetic guys I know,” said Watts, who described the possibility of Dawson causing harm to another creature as “implausible as turning your arms into laser-blasting-diamond cannons.” Watts asked Dawson’s fans to forgive him and focus on the real evils in the world, instead of a “good man who made bad jokes years ago.”