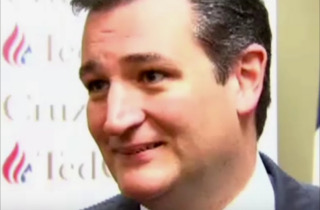 In an effort to solve the mystery of why Ted Cruz‘s face “revolts” him, Dr. Richard E. Cytowic, a professor of neurology at George Washington University published an analysis of the Texas senator’s facial expressions in Psychology Today on Jan. 1.

It’s hard to look at Ted Cruz’s face. He’s a brilliant orator with a sharp legal mind. But his expression unsettles me. I know my reaction is visceral and automatic, but as a neurologist it is my business to notice things out of the ordinary and probe them. The Senator’s atypical expressions leave me uneasy.

Cytowic observed that humans’ ability to read facial expressions and make split-second emotional evaluations based on what they see has been refined over millions of years. He posited that the reason so many of Cruz’s colleagues and former associates dislike him so strongly may have something to do with the fact that one “rarely, if ever, see[s] a conventional smile from Senator Cruz.”

No matter the emotional coloring of Senator Cruz’s outward rhetoric, his mouth typically tightens into the same straight line. If it deviates from this, the corners of his mouth bend down, not upwards. The outside of his eyebrows bend down, too, when he emotes, something so atypical that it disturbs me. Typically a person’s eyebrows arch up, as does the corrugator muscle that furrow the forehead. What is such a downturned face signaling?

Downturned expressions usually signal disagreeableness or disgust. But I honestly don’t know because such an expression is rare in the context of public presentations that are meant to win people over. He may well be unaware that the message of his body language is incongruent with his words.

“For the record,” Cytowic said, “I am not a Democrat. I’m at a loss to verbalize what unsettles me so when I watch the freshman senator. But it leaves me cold.”