Every Piece Of New Trayvon Martin Evidence Is Important Except The One They Are Focusing On, The Pot

Every Piece Of New Trayvon Martin Evidence Is Important Except The One They Are Focusing On, The Pot 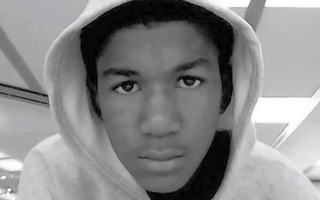 Yesterday, when I wrote up a post on the tons of evidence newly released in the Trayvon Martin case, I neglected to mention the THC in Martin’s system that his autopsy show. A number of commenters accused me of bias in skipping this fact. To them, I have two things to say; One, I’d love to see you try to skim more than a hundred pages of poorly photo-copied documents so that you can write a summary as quickly as possible all while trying to leave at the end of your work day. And, two, who the hell cares?

I might be in the minority, but that fact seems to easily be the least pertinent piece of information in what we’ve seen the past few days. In fact, I’m almost definitely in the minority. Yesterday evening, after I left the office, “THC” was trending on Twitter. This morning, Rush Limbaugh began his discussion on the subject by exclaiming, “Trayvon Martin had drugs in his system!” Sites like Big Government focussed on the same detail in their headlines. And it wasn’t just people who’ve already decided that Zimmerman’s definitely innocent who thought the blood inside Trayvon’s body was more important than that outside, with outlets like Time and ABC (at least until people complained and the article was rewritten) talking specifically about “the drugs.”

Huh. We now have seeming proof that there was a fight of some kind. There’s pictures of a swollen nose, facts about how far away the gunshot was, new police reports. But everyone wants to focus on “the drugs”? That’s ridiculous.

Why? Well, because “the drugs” everyone’s freaking out about are really just one drug; THC, the main component in marijuana. There’s a reason all these news outlets aren’t saying “marijuana.” Because “drugs” could mean anything, including drugs that actually mean something. Which THC does not.

“ABC News reports only “trace amounts” of THC were in his system. But ABC doesn’t tell us how many milligrams of THC he had in his blood or if it was active or inactive THC. Both are key facts left out of the story.

If it was inactive THC—sometime called carboxy THC, which can remain in the system for weeks—it wouldn’t be psychoactive at all. It’s just a metabolite. But let’s say it was active THC. Let’s suppose that Trayvon had consumed cannabis recently. If it was a ‘trace amount,’ then it was likely in the 1-10 milligram per milliliter range—which is so negligible as to be irrelevant when talking about seriously changing behavior. It is very, very unlikely that those trace levels could impair his ability to hear, to follow instructions, etc. And it is even more unlikely they could make him violent. And it must be said: We’re talking about pot. We’re not talking about PCP, or even cocaine or methamphetamine, the sort of drugs associated with irrational, risk-taking behavior that would escalate a confrontation to lethal force.”

THC isn’t a drug that makes people violent and having it in your system doesn’t prove you did any drugs recently. The THC in Trayvon’s system is about as relevant as if there was a test that proved that he had smoked a cigarette in the past month. Who cares?

It’s becoming increasingly clear that the real question in this case boils down to who was the initial aggressor, Zimmerman or Martin? There are tons of details in yesterday’s documents that would help us find clues to that question. The THC isn’t one of them.

I know some of you will disagree. You’ll say that it proves Martin broke the law. Well, studies have shown that it’s easier for teenagers today to get pot than to get alcohol or cigarettes. Do you consider every teen who drinks a beer or smokes a cigarette a “violent thug”? Both of those things are illegal for teens, and the kids have to work harder to break those laws. And, by the way, there are a whole lot of young people (and old people) smoking weed these days. Do you really think that weed makes them more likely to get in fist fights with people wielding guns?

We want to find out if Trayvon Martin was violent. Well, smoking weed doesn’t make people violent (hell, Mitt Romney got in fights as a teenager and that guy can’t even drink coffee). So why are news stories treating it like a deciding factor?

It’s interesting to note that most articles by legal professionals discussing the evidence don’t even mention the drugs. Read the article by our own Dan Abrams analyzing Zimmerman’s defense or Alan Dershowitz who is coming to Zimmerman’s defense. Neither mentions the THC once while talking about evidence (although Dershowitz alluded to it briefly on Fox News) and everyone else should follow their lead. Because it doesn’t matter.

Both Zimmerman and Martin have had their reputations horribly smeared during the past few months. News outlets trying to paint Trayvon as some kind of violent junkie just because he may have smoked a joint in the weeks before he died is just another truly sad example.