Here Is What Happened When I Attended the Premiere of Dinesh D’Souza’s New Pro-Trump Film, Death of a Nation
Opinion

Here Is What Happened When I Attended the Premiere of Dinesh D’Souza’s New Pro-Trump Film, Death of a Nation 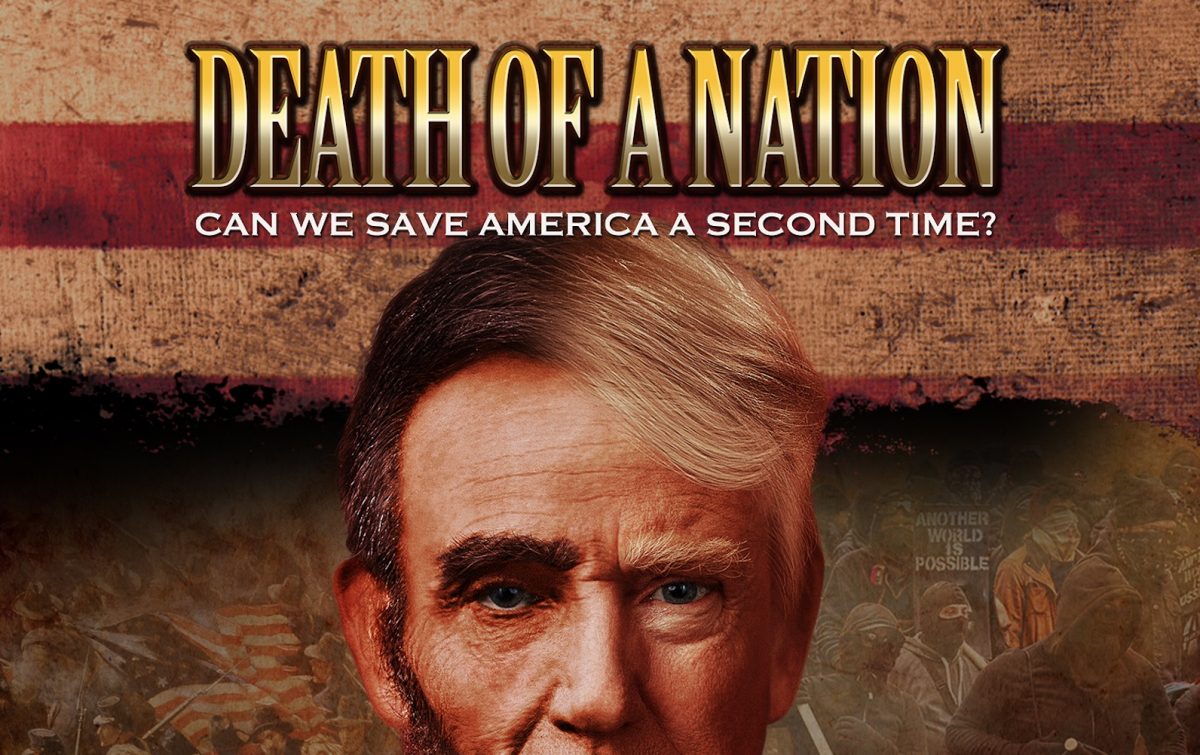 Last night, here in Los Angeles, I attended the premiere of conservative filmmaker Dinesh D’Souza’s new pro-Trump documentary film, Death of a Nation, which opens nationwide this weekend. Without a doubt, I had a truly unique perspective on the event.

You see, in what seems like another life, I had two conservative documentaries premiere in Los Angeles. So I knew that at least some of the crowd was going to be people who, in the pre-Trump era, were big fans of my work, but who now laughably see me as some sort of traitor to whatever it is that “conservatism” has become. I was very curious to see what it would be like to be with these same people after they had effectively become part of Trump’s “Cult 45.”

My wife warned me before I left, only half-jokingly: “You are not allowed to get arrested… not even detained.” But she had nothing to worry about. I found the whole thing rather surreal and actually pretty funny. It felt a lot like being a ghost, if such spirits actually existed.

Of course, even without that context, this promised to be a memorable evening. After all, it’s not every day that a film, created by a person who was just pardoned by the president, comes out attached to a promotional poster that laughably morphs the faces of Donald Trump and Abraham Lincoln.

The email to members of the news media which I received “requesting coverage” of the premiere made this mysterious promise (in red letters): “Surprise celebrities, political and V.I.P. guests will be walking the red carpet. Due to security reasons we cannot name which members of the Administration will be in attendance.” If any one of them actually showed up, I somehow missed them. 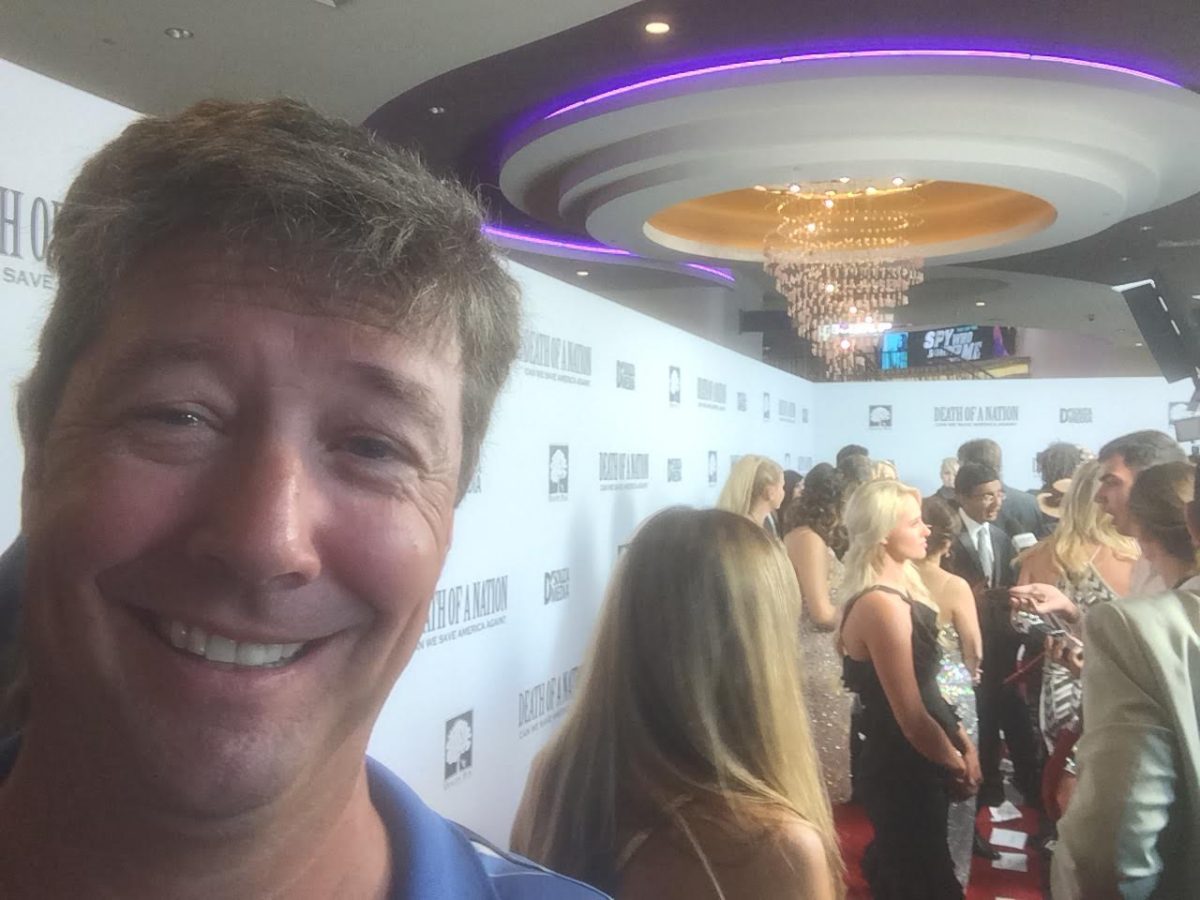 Instead, the red carpet was dominated by D’Souza himself, Fox News commentator Tomi Lahren, and YouTube sensations “Diamond & Silk.” Had this been the opening of a Michael Moore documentary, it would have been the equivalent of the biggest star in attendance being Kathy Griffin.

As for the movie itself, the Lincoln/Trump poster (which seems perfectly designed for Trump to tweet out to his millions of devoted followers) is actually extremely deceiving. Very little of the film is about the bizarre connection which D’Souza strains to make between the situation which Trump faces today and that which Lincoln dealt with during the Civil War (one of the strangest aspects of the film is that you would never know the “progressives” that pose such a threat to Trump’s efforts to save the nation are currently completely out of power in every branch of the federal government).

Instead, most of the movie is about Adolf Hitler. The whole point seems to be that D’Souza wants to show that, contrary to what some on the left have said, Trump is no Hitler. Instead,  just like other well-known fascists, Hitler was in American terms actually a liberal Democrat. Or, as D’Souza calls them, “progressives.”

In order to make his case, D’Souza relies on numerous rather frail straw man arguments, almost all of which fall apart even more quickly because the guy he is defending is Donald Trump. For instance, former Democratic president Franklin Roosevelt is deemed to be “pro-fascist” because he once praised Italy’s dictator Mussolini. But what does that make Trump after he has warmly complemented, and even defended, Vladimir Putin and Kim Jong Un?

Much of the film is made up of historical reenactments of the Nazi era. They are surprisingly well-produced, but seem to be of questionable relevance to the primary premise of the work which is: Democrats are very bad, Republicans are good, D’Souza is a courageous hero, and Trump is a little weird, but ultimately awesome.

Ironically, as an anti-Trump conservative who has never bought the “Trump is Hitler” narrative (I’m more of a “Trump may inadvertently pave the way for someone like Hitler in the future” kind of guy), I was indeed influenced by D’Souza’s obsession with this comparison. After seeing Death of a Nation, I now think there are some important parallels between the two of them (heck, we saw some of them at the very same time the movie was playing, and again this morning).

From the audience’s perspective, by far the most interesting and enthusiastic response to the film occurred during the portions showing the crest-fallen reaction of liberals to Trump’s upset election victory. Partly because it would force me to conclude we are all still in grade school, I have been hesitant to believe that the primary motivation for Republican love of Trump is that he literally makes liberals cry. But after witnessing how strongly the crowd reacted to these scenes there is no longer any doubt that this is indeed the blood-thirsty, primal force driving much of the cult’s devotion to Trump.

This issue also reveals the primary flaw in the movie, even as a form of propaganda. While the packed crowd clearly liked the film, It didn’t give its audience enough of what it really wanted.

Even as a fervent Trump critic, I would have welcomed a documentary film by D’Souza which fairly examined the hateful reaction to Trump by the left and the media. This would have been especially the case if it was accompanied by a serious examination of why so many conservatives appear to be irrationally devoted to a man who, contrary to what D’Souza tries to pretend in this movie, is not remotely conservative.

Unfortunately, such a film is no longer viable in our balkanized era. The broken business model of movie-making now requires that you first build, and then feed, a cult. The truth, while far more interesting, is, especially in politics, simply a box-office loser.