After the Las Vegas Massacre, Obama and Clinton Show Us Why He Was President and She’ll Never Be 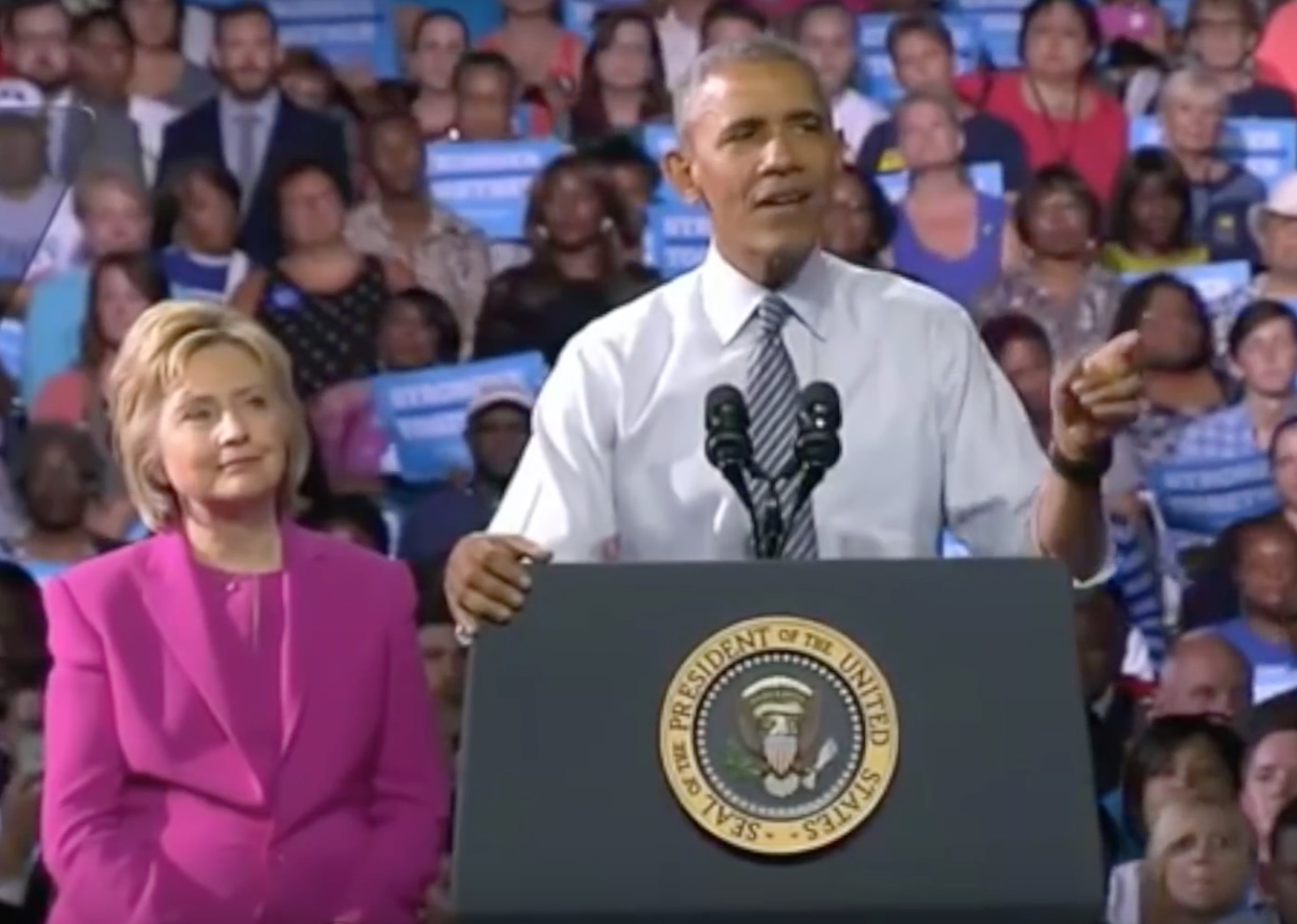 Just like every other tragedy, the Las Vegas massacre left our country distraught, hopeless, and more divided. Despite all the good we’ve seen in the wake of the horrific event, the heartache makes a bigger impact.

No matter what you think the solution is after each of these senseless acts of violence whether it be more gun control or more attention to mental illness, the debate will always be there but it’s up to our nation’s leaders to unite us with words or actions that everyone can get behind.

President Trump has had an inconsistent record so far when it comes to unifying the country after tragic events, but overall he struck the right tone with his address Monday. He called the shooting an “act of pure evil” and said the following:

In moments of tragedy and horror, America comes together as one. And it always has. We call upon the bonds that unite us, our faith, our family, and our shared values. We call upon the bonds of citizenship, the ties of community, and the comfort of our common humanity. Our unity cannot be shattered by evil, our bonds cannot be broken by violence, and though we feel such great anger, at the senseless murder of our fellow citizens, it is our love that defines us today. And always will. Forever.

He didn’t push a political agenda that only half the country supports. He didn’t place blame on anyone else. He kept focus and delivered a message that rational people can agree with.

Now let’s take a look at what former President Obama and what would have been his predecessor Hillary Clinton had to say.

Michelle & I are praying for the victims in Las Vegas. Our thoughts are with their families & everyone enduring another senseless tragedy.

What’s most remarkable about President Obama’s tweet was that his sentiment was drastically different from his initial reactions to such shootings that took place during his presidency. Often times, he took the opportunity to push for gun control. He even at one point said we “should politicize” mass shootings. Perhaps being out of office for nine months gave him a sobering look at how divided our country is and how feeding into the divide by spouting gun control rhetoric right off the bat wouldn’t be the best idea.

Let’s compare what Obama said to what Clinton has said:

Las Vegas, we are grieving with you—the victims, those who lost loved ones, the responders, & all affected by this cold-blooded massacre.

The crowd fled at the sound of gunshots.

Imagine the deaths if the shooter had a silencer, which the NRA wants to make easier to get.

Our grief isn’t enough. We can and must put politics aside, stand up to the NRA, and work together to try to stop this from happening again.

Within three tweets, the failed presidential candidate invoked the NRA as if it were ISIS taking responsibility for the attack (which they actually have- credibly or not) and suggested that silencers (or suppressors as they’re often called since they don’t really “silence” guns) would have made the situation worse.

Her partisan rhetoric continued in a podcast interview where she said that the NRA as well as Republicans were “complicit” to the “gun violence epidemic” (despite the fact that there has actually been a decline in gun violence since the 90s).

“This is nothing but pure, unadulterated greed motivated by people who want to sell as many guns as they can, to engage in a falsity of fear and rhetoric about why everybody has to have guns,” she argued. It’s worth reminding that during the election, she suggested that gun manufacturers should be held liable for the actions of evil individuals in these mass shootings.

How reckless and irresponsible of her.

For starters, it is completely insane of her to paint the NRA as if it were some terrorist organization that was directly responsible for what happened in Las Vegas, and that its roughly 5 million law-abiding members are somehow responsible for such attacks. The National Rifle Association’s ultimate mission is to protect the right to bear arms and they will financially back candidates who will do the same on Capitol Hill. You can make the same comparison to Planned Parenthood who financially back candidates who defend a woman’s right to choose. Yet, we haven’t heard anyone blame Planned Parenthood for the murders of three babies committed by abortion clinic doctor Kermit Gosnell. That’s because that argument is nonsense.

And then she goes on to call Republicans “complicit” to gun violence. This woman was almost elected president and she was willing to tie half the country to the Las Vegas massacre. Just imagine if President Trump did the same thing to Democrats after an Islamic terrorist attack. Both are equally disgusting and both should be condemned. The only people responsible for these murders are the actual murderers. Period.

People often call Clinton “irrelevant” since losing the 2016 election, and although that’s arguably true, millions of people view her as more of a president than Trump and take her seriously. The same can be said about Bernie Sanders. And such hostile rhetoric in the current political climate contributed to the assassination attempt of GOP lawmakers earlier this year. Any reasonable person wouldn’t hold Sanders accountable for the actions of one unhinged supporter of his. Now just imagine of an unhinged supporter of Clinton’s took her latest blame game to heart and took similar actions. Her remarks as a former First Lady, senator, and Secretary of State are abhorrent and disgraceful.

In the wake of these tragedies, discussions about what sort of change we need to happen should happen and while such discussions should be had, they should be had when we have the facts. I give President Obama credit for refraining from injecting his stance on gun control immediately after the massacre. The same can’t be said for Hillary Clinton, who shamefully pushed politics as literally hundreds of people are still recovering in hospitals.

As Clinton continues her book tour pretending like she knows why she lost the election, she will never come to the realization that she herself is to blame. And while President Trump can do more to unite the country during difficult times like this, we can see that a President Clinton would have fail to do so.